Skip to content
You are here
Home > Featured > Mrs. Chulbul Pandey aka Rajjo from Dabangg 3 is back with her unmissable swag, swagat to kijiye inka

In the video, Chulbul re-introduced his super sexy Rajjo whom he refers to as his Habibi. With a unique way of sharing character looks, Dabangg 3 team has been on their top game with the teaser and the posters that have released so for. 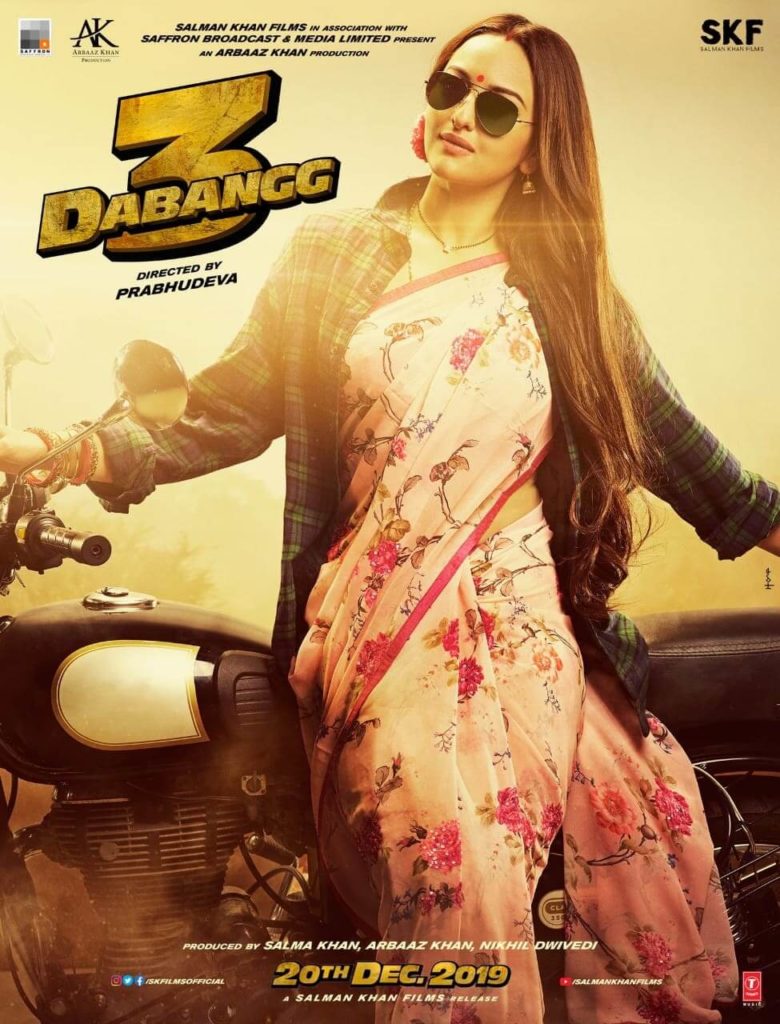 In the special unit poster, Sonakshi nailed the look of Rajjo donning her ultimate swag and posing. Rajjo is one of the strong characters of the Dabangg franchise who has evolved after every part and the chemistry between Chulbul Pandey-Rajjo is reminiscing.

The chemistry between Chulbul Pandey and Rajjo has been appreciated by the audience in the previous films and with Dabangg 3 it will be one level up.

Ever since the announcement happened, Dabangg 3 has created a lot of buzz around the film as Dabangg 3 is one of the most awaited films of the year, and the audience is eager for the return of their beloved cop Chulbul ‘Robinhood’ Pandey onscreen.

The much-awaited, Dabangg 3 is directed by Prabhudeva and produced by Salma Khan, Arbaaz Khan and Nikhil Dwivedi under the banner of Salman Khan Films and is slated to release on 20th December, this year.