Under the banner of the Director’s cut, the writer, director, and producer Ritesh S Kumar is bringing his upcoming film “Mridang” whose trailer and music had been launched  at the First look Preview  Theatre, Mumbai recently with much fanfare. Mridang is inspired from a true story of belief and superstition. 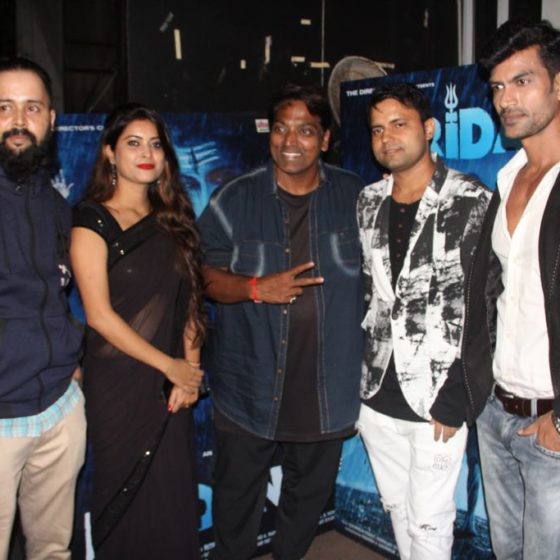 PHOTO-2018-07-04-11-53-20
The eminent choreographer Ganesh Acharya was the guest of honor of the event along with the director-producer Ritesh S Kumar and the lead actors Manoj Kumar Rao and Rose Laskar.
Mridang is starring Manoj Kumar Rao, Rose Laskar, Aaditya Singh, Mazhar Khan and Birendra Gupta.
The film is written, produced and directed by Ritesh S Kumar. The film is embellished by the music of Chunmum Pandit, Manoj Negi, and RamVijay Chandran. Mridang has been artistically captured by the cinematographer of the film Navin V Mishra and edited by Aanand A Ram. The background score is given by Manojj Negi, lyrics by Chunmumn Pandit, A B Mohan and Navin V Mishra and Choreographer by Devendra Chaturvedi and Mahesh v. Gavankar. 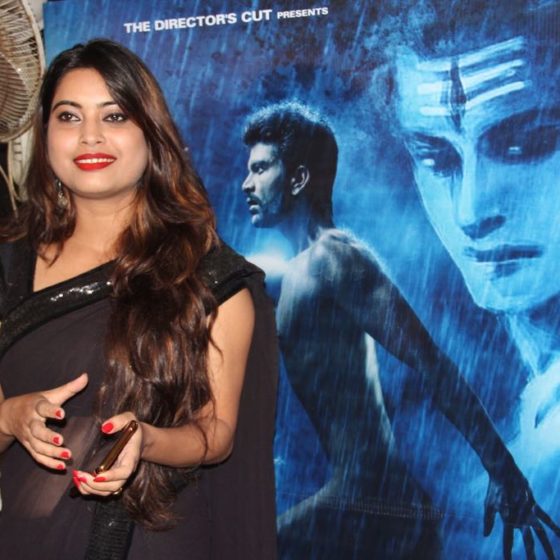 PHOTO-2018-07-04-11-53-01
The story revolves around a married couple Aditya and Sonam, for whom financial hardships and lack of child was not bothersome but the broadminded Sonam fell in the trap of superstition when she comes to know about the wish made to Lord Shiva at the time of birth of Aditya, which was not fulfilled. Sonam repeatedly refers to this unfulfilled wish to Aditya but he mocks at her. The time takes a drastic turn and Sonam is fighting in the hospital for life as she met with a road accident, she is in the coma. After all this, Aditya decides to complete the journey of 105 km from Sultanganj to Baba Baidhmath dham, Deogarh without clothes. For this, he has to fight a legal battle so that the permission of the court can be obtained. Eventually Aditya gets a permit of the court with some restrictions and completes the journey of 105 km in a nude state. 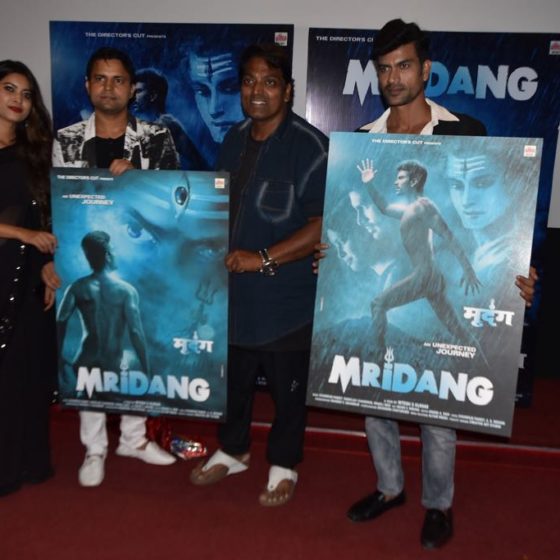 PHOTO-2018-07-04-11-52-44
The entire film is shot at Bihar, Jharkhand, and Mumbai and set to hit the theatre on 27th July 2018.
On this occasion, Ganesh Acharya quoted “he had seen the movie trailer and the poster, and liked it. Mridang is a brand new concept. He further said he wants to give his best wishes to the whole team. The film has a song Om  Namah Shivaay and his assistant Mahesh had choreographed. He was quite impressed by the songs.” 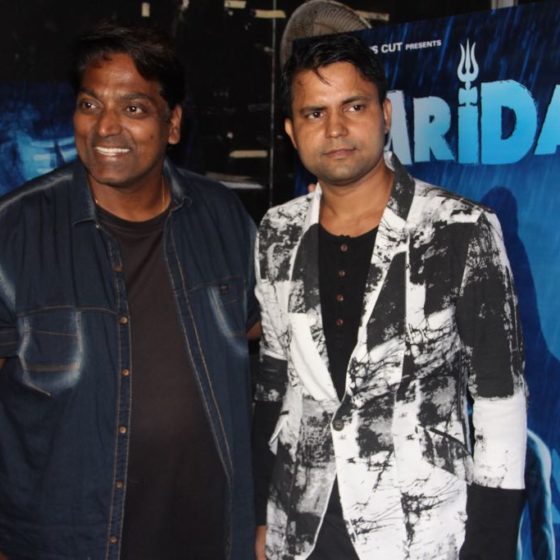 PHOTO-2018-07-04-11-52-09
The film producer-director Riteish S Kumar said about the movie Mridang that “Mridang does not promote any superstition or conservative tradition of any kind. It brings faith and modernity together. We know that the main cast of Aditya being nude in the film will create  a lot of controversies but the film Mridang will give young viewers a new experience of cinema.” 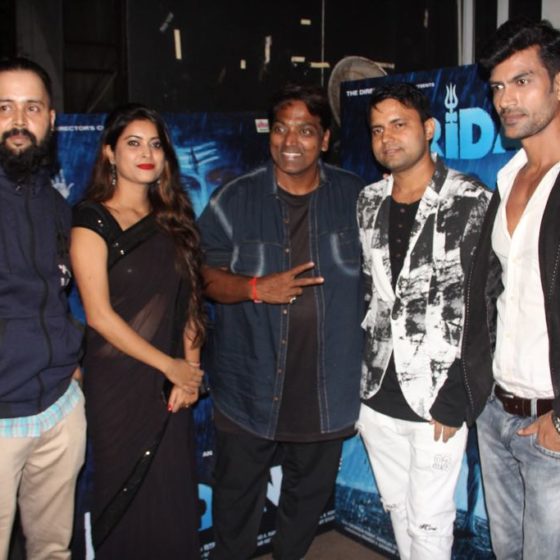 ‘Dark Side of Life: Mumbai City’ wants to give hope to people of Mumbai City:  Tariq khan