Skip to content
You are here
Home > Featured > Move Over IPL, PPL Is Here!

One of the most iconic sports of all times, Arm Wrestling is often referred to as India’s favourite pastime! The sport now has a competitive avatar that has successfully drawn people across all ages and the followers including genders, thanks to this competition. In a unique bid in athletics to let your forearms do the talking, Pro-Panja is emulating the league format for arm-wrestling!

“Panja is an internationally acclaimed sport seeped in Indianness! That’s what the Pro-Panja League stands for,” expresses actors Parvin Dabas and Preeti Jhangiani, the brains behind Pro-Panja League, set to take arm wrestling to the next level in India!

The maiden venture, with ardent followers including 5,000 male and 2,000 female arm wrestlers in the amateur levels saw 400 athletes from 18 states, with Sports Minister Kiren Rijiju and Padma Shri Olympic Boxer Vijender Singh with an undefeated streak, not just making their presence felt at the maiden Pro-Panja League, but also participating in an exhibition match where, instead of shaking hands, they wrestled arms. This was seen to be motivating for the youth, who then flocked in numbers towards the amateur arm wrestling tables set up for the youth to try their hands! 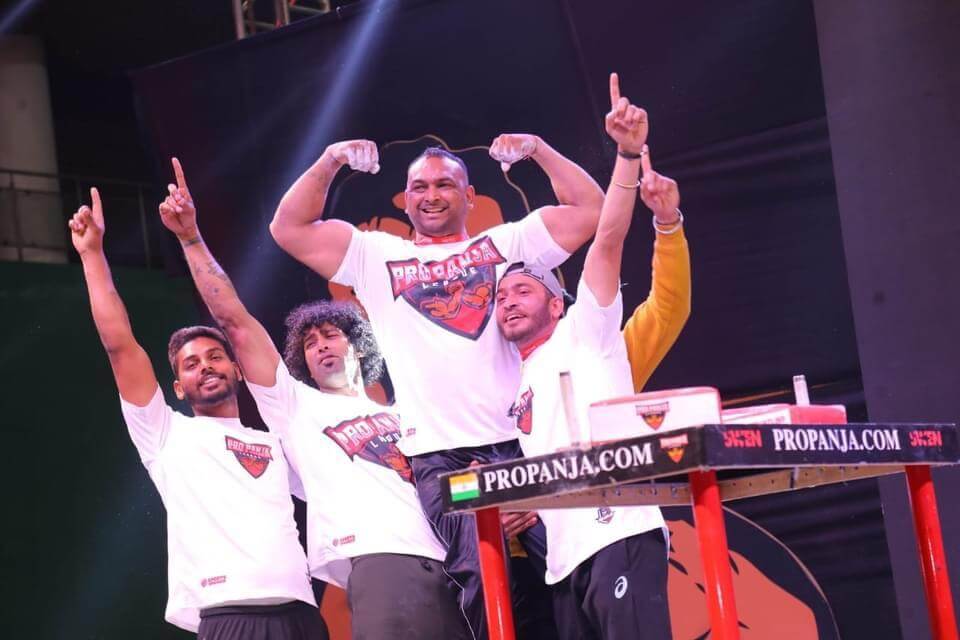 Talking about the origins of the sport in India, Parvin Dabas avers, “Eugene Sandow, the father of bodybuilding visited Mumbai in 1904. This was at the invitation of Sir Dhunjibhoy Bomanji, a shipping magnate and a popular socialite! Sandow’s visit created a great impact and before we knew it, the homegrown Panja became a household thing!”

“The league has spawned an emerging hub of contenders from Punjab, MP, Haryana, Mizoram, Manipur and Kerala! Some of these states also boast gyms in which women often sculpt their ‘dominant hands’ by arm-wrestling!,” reveals Parvin, an avid MMA fan who is also the man behind MMA India Show, Sports India Show among portals.

Preeti Jhangiani believes that these numbers are all set to grow. “India’s most promising athletes are from the North, Kerala ans Assam and the North East states especially Manipur and Mizoram! We are exploring more and more states with the hope to motivate more people to take up this sport professionally!

“Anyone can play arm wrestling. But it takes hours at the gym perfecting arm wrestling techniques, physical strength, skill, endurance and talent to compete professionally at a higher level. “We are glad we are pioneering a sport in India where arm wrestling has moved from amateur to professional!” elaborates Parvin Dabas who is excited that this year witnessed a record number of entries despite the pandemic. This year will also see the best compete for the title of No. 1 Arm Wrestler in the country. Interestingly, the technique, the angle of the tug, the timing of a surge and the precise position of each finger decides the winner in Pro-Panja League that proves that the brain is more powerful than brawn!

Surely an entertaining event to watch out for!

The mysterious trailer of Darbaan featuring Sharib, Sharad, Flora and Rasika out now