After giving voice to some of the chartbusters of 2019, Anand Bhaskar is once again enthralling the audience with the title track of Voot original ‘Fuh se Fantasy’. Composed by renowned composer duo ‘Rohan-Vinayak’, the groovy rap number is a duet with ‘Baby Ko Bass Pasand Hai’ singer Isheeta Chakrvarty. The song became a success overnight and garnered thousands of views in just six days since its release. 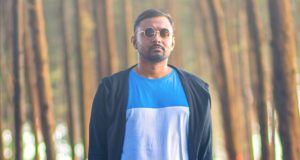 Speaking of how difficult it was for him to sing this particular song, Anand says, “I had to emulate a rap style singing, which is not basically my forte. Despite that, I didn’t find it difficult… because I was enjoying working on it.”

Best known as the vocalist ‘Anand Bhaskar Collective’, he is popular for his unique musical style and sound. Besides being a singer-songwriter and a music composer, Anand has lent his voice to some of the biggest Television Commercials in the country.  It was after his Bollywood Debut with the song ‘Get Ready to Fight Again’ (theme song of the box office blockbuster ‘Baaghi 2’), Bhaskar started getting innumerable projects. 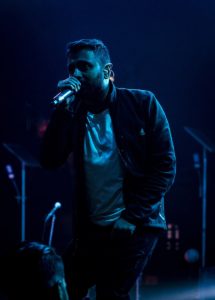 Anand recently sang the official anthem for Rajasthan Royals (for 2019) and donned the music director’s hat to compose all the songs in the first season of Excel Entertainment’s hit web series ‘Mirzapur’, the second season of which is highly anticipated.