Skip to content
You are here
Home > Featured > Meet the loving, sanskari rebels of Sonchiriya in this new one minute video! 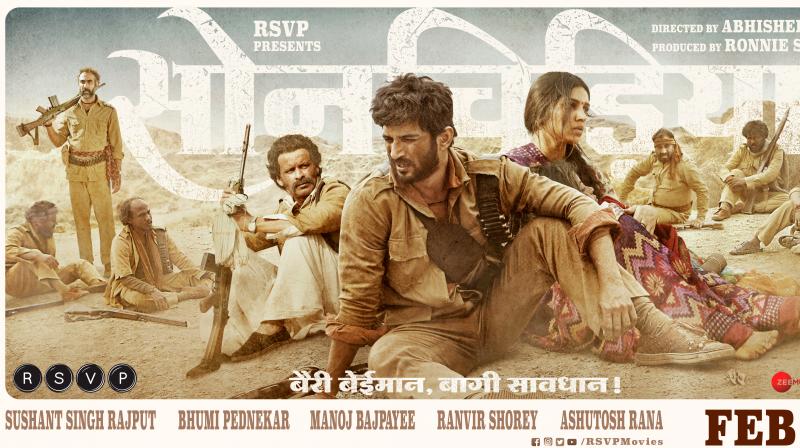 Who said the rebels can’t feel love that we do, that they are devoid of sanskars and they don’t celebrate festivals. Get ready to celebrate Holi and Diwali with the rebels of Sonchiriya where the pistols will go back and even the barrels.
The makers of Sonchiriya are leaving no stones unturned in treating the audience with insights into the World of Rebels. Recently they released one minute video titled “Sonchiriya Baaghiyon Ka Beehad”. The video gives us an insight on the world of rebels in the melodic voice of Vijay Raaz in a way that is never done before. The voice over is a witty and sarcastic way and completely opposite of what peace and love looks like in real life. Baaghiyon Ka Beehad where peace is symbolized by gun fires, love among people is symbolized by fights, a conversation is symbolized by abuses and a blessing is symbolized by hitting.

Directed by Abhishek Chaubey and produced by Ronnie Screwvala Sonchiriya is all set to release on 1st March 2019. Starring Sushant Singh Rajput, Bhumi Pednekar, Manoj Bajpayee, Ranvir Shorey, and Ashutosh Rana in lead roles, Sonchiriya promises to be a power packed film giving us a glimpse of the tales of dacoit in the Chambal region during 1975 emergency.

One thought on “Meet the loving, sanskari rebels of Sonchiriya in this new one minute video!”