Skip to content
You are here
Home > Featured > Marathi film ‘Medium Spicy’ decided to celebrate Sai’s Birthday on sets but with a twist.

Yesterday, the team planned an urgent shoot and informed Sai to be on sets. When the actress turned up on sets, she got to know that there was no shoot that day and the whole team had got together only to bring in her birthday in advance. 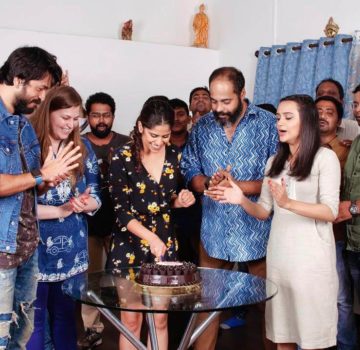 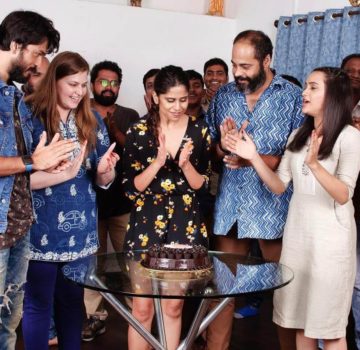 Says Producer Vidhi Kasliwal, “We decided to do this in advance so that she doesn’t have to change her birthday plans. Everyone on sets was informed except Sai. It was nice to see happiness all around when we all gathered just to eat cake.”

The film also starring Lalit Prabhakar and Parna Pethe along with Sai and directed by Mohit Takalkar is currently at the last leg of the shooting stage with a large portion already shot.