Skip to content
You are here
Home > Featured > Manav Kaul Gets Paired With Divya Dutta In Music Teacher After Vidya Balan In Tumhari Sulu! 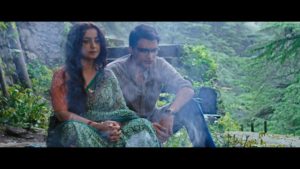 The Netflix film Music Teacher introduces the fresh on-screen pairing of Manav Kaul with National award-winning actress Divya Dutta. The romantic music saga is the story of a small town ambitious music teacher who in spite of being talented is still stuck in the hills all bitter and hurt and struggling to make ends meet by teaching music and singing in clubs. The versatile actress Divya Dutta will be seen sporting the role of Geeta, a sensuous woman who is lonely in her life. Her character is edgy and vulnerable in the film. The film will have some sensual steamy scenes between Divya Dutta and Manav Kaul which were shot in Shimla. Divya has shared her look from the film on twitter which gives a hint of her character in the film. The film will feature Divya in the reprised version of the song “Phir Wahi Raat” from Ghar penned down by veteran poet, lyricist, and film director Gulzar.

Kangana Ranaut : The Style Icon of  B-Town: Her Trench Coat Look Is To Die For And It Costs A Fortune

Urvashi Rautela’s sweet gesture; distributes Tirumala Prasad amongst the paps at the airport