In its endeavour to bring best of theatre to your screen, Zee Theatre, a segment of Zee Entertainment Enterprises Ltd is now set to launch Makarand Deshpande’s acclaimed play Sir Sir Sarla. After winning audiences nationwide since its premiere in 2001, the play is now set for its television debut. Zee Theatre released the trailer of the timeless classic that is premiering on 31st October on Tatasky Theatre. The teleplay stars Makarand Deshpande, Aahana Kumra, Sanjay Dadhich and Anjum Sharma.

Sir Sir Sarla is the story of Professor Palekar and his student Sarla – the pretty, innocent young girl who seems to be enamoured by her mentor – and Phanidhar who shares a love-hate relationship with the professor. The play explores the bond between the students and their professor, which faces many ebbs and flows. Secrets are revealed, accusations are thrown, and the three lives remain interwoven for many years to come.

Writer and Director Makarand Deshpande says, “This is a story about what appears to be a very morally upright and innocent relationship between a professor and student. It also shows how a student who loves literature goes on to feel the pain of reality. The play throws light on the pressure exerted on us by traditions and beliefs and how they stop us from speaking our heart out. ” 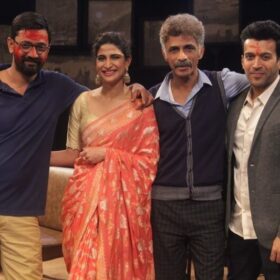 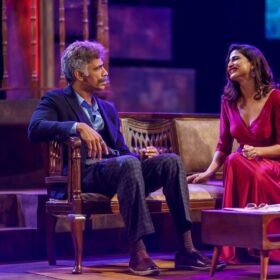 Aahana Kumra adds, ” It take a long time to understand the intricacies of any character, and even more so for Sarla. The more I performed her, the more I understood her and the more I became her. Many of her lines come alive to me when I’m sitting alone, or during conversations, or even during interviews at times. Sarla finds herself lost after marriage and tries to hold on to her past until she finally comes face to face with it again only to realise that she has to move forward. I feel massive ownership for Sarla and the play. It has certainly been an absolute joy to be able to perform Sarla.”

Sanjay Dadhich says, “When the play was first staged, Phanidhar was played by Anurag Kashyap and I used to work backstage. I always dreamt about playing Phanidhar and when the play was restaged after a pause, I finally got the opportunity to play the character. This play has certainly made me a better actor. It has helped me to understand the essence of relationships and has given me a deeper understanding of how they work. It has been an incredible journey under the guidance of Makarand Sir that I will always cherish.”

Anjum Sharma adds, “It was truly a good experience to associate with Makarand Deshpande for Sir Sir Sarla and perform an interesting cameo in a story that is talked about so much and is a good piece of Indian literature. It is truly nice to know that there is now an extension of the medium where the play can be performed and seen and will reach a wider audience.”