Skip to content
You are here
Home > Featured > ‘Laila Majnu’ teaser to be attached to ‘Veere Di Wedding’!

‘Laila Majnu’ teaser to be attached to ‘Veere Di Wedding’!

The film which is a modern day re-telling of the classic love story of ‘Laila – Majnu’ promises to bring to fore Imtiaz Ali’s intensity, as he is not only presenting but has also penned the story for this film. The teaser gives us a glimpse into the world of its characters and the promise of Love, that’s lasts forever! Coming from a storyteller like Imtiaz Ali, the teaser has immense intrigue value.

With Veere Di Wedding creating massive buzz, the makers of Laila Majnu have decided to attach the teaser of their film to this one as it hits the screens on 1st June 2018. The audiences are gearing up for the release of Veere in large numbers and and the teaser of Laila Majnu will receive great exposure with this attachment. So it’s no surprise that Ekta who is a producer of both the films has made this smart move!

The film which is presented by Imtiaz Ali and produced by Ekta Kapoor’s Balaji motion Pictures is scheduled to release on August 24th, 2018!

“Laila Majnu is an eternal story of everlasting love. It’s perhaps the most popular love story of all times. For the film we wanted a fresh approach in all aspects – a fresh cast, a fresh script and a fresh setting. We had a great experience making the film and can’t wait to showcase it to the world,” says Imtiaz Ali. 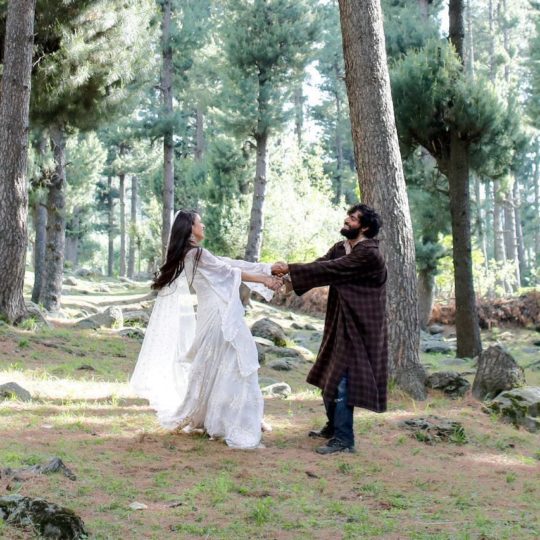 Coming from one of the greatest storytellers of our times, Imtiaz Ali’s Laila Majnu already has us intrigued!