Skip to content
You are here
Home > Featured > Is this superstar Ajith’s new look from his next action venture Thala 60? 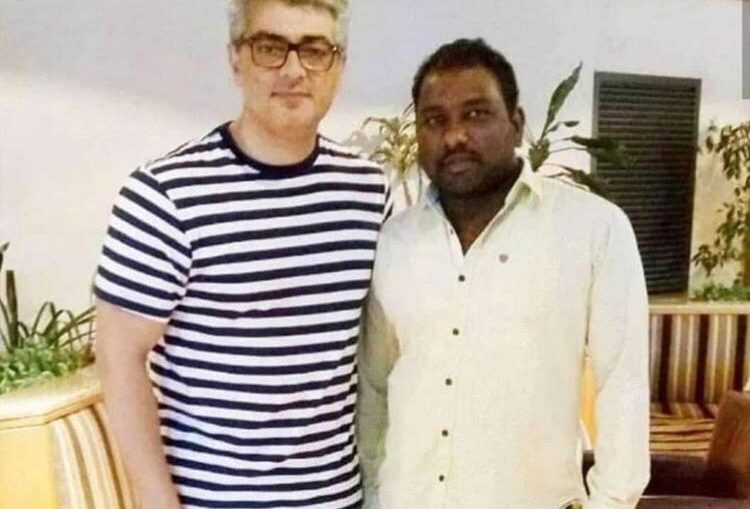 While superstar Ajith has wrapped up the Tamil remake of film Pink, Neekonda Paarvai in Hyderabad which is produced by Boney Kapoor, the speculations of his next film are already floating. The recent picture of Ajith with a fan goes viral where he looks much more leaner. It is thought to ponder upon that is this Ajith’s new look from Thala 60? It’s still a mystery! Heard that, actor is sweating out in the gym as a part of the prep for the film. 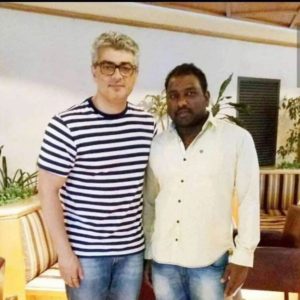 Sometime back in April 2019, Ramesh Bala took to his Twitter account and announced the second association of Ajith and director H Vinoth, Thala 60. Interestingly, Ajith and producer Boney Kapoor has also joined hands for the second time for this film.

It’s not a lesser known fact that Ajith is known to do action films in south and even his last action film has done exceptionally well at the box office.
There is absolutely no surprise for his fans to know that Ajith is fond of action in real life too.

The first Tamil association of Ajith and Boney Kapoor is titled Nerkonda Paarvai that has Shraddha Srinath, Abhirami Venkatachalam and Andrea alongside the superstar. Directed by H. Vinoth, the film will also see a cameo of Vidya Balan. It is slated for August 10th, 2019 release.

Giorgia Andriani will astonish you with her throwback kathak practise video, check out now

Amidst all chaos ‘Gunjan Saxena: The Kargil Girl’ featuring Janhvi Kapoor is now streaming on Netflix