Skip to content
You are here
Home > Featured > Is Radhe Maa in competition with Salman Khan?

Salman Khan is known to be one of the most charitable actors in Bollywood. He is often said to personally help poor and needy people in and around Bandra where he resides. His charitable organization Being Human is at the forefront of helping the helpless and underprivileged. But not many may be aware that what Salman is to Bandra, Radhe Maa is to Borivali.

She not only helps the poor with clothes and students with books, but also indulges in various animal care activities from time to time. This Diwali, apart from running a campaign for a noise-controlled Diwali and green crackers, Radhe Maa took to the streets in Borivali (the burgeoning suburb of Mumbai where she resides), to distribute shawls, sweets and gift hampers to slum dwellers. 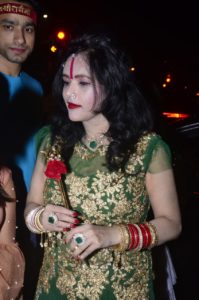 Most of the people living in hutments and shanties knew her, as she is a regular there with charity visits. But many were surprised that Radhe Maa was wearing a green outfit, instead of the traditional red attire she is normally seen in. 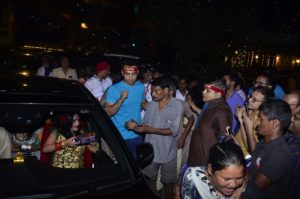 When asked about the reason behind the change of colour, she said, “We celebrate Diwali on this day as Lord Ram, returned to Ayodhya after completing fourteen years of exile in the woods and defeating demon king Ravana. It was a victory of light over darkness and good over evil.” 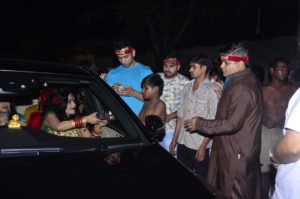 “Just as hariali (bliss) returned to Lord Ram and his family, I am also celebrating a colourful Diwali by breaking away from the norm,” she said with a smile. 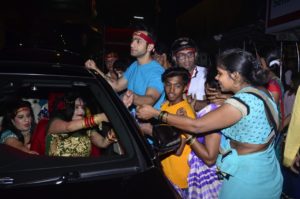