Actor Akshay Kumar took to his social media to launch of the teaser of his much-awaited film Mission Mangal. Mission Mangal is based on the Mars Orbiter Mission project launched by the Indian Space Research Organisation (ISRO) in November 2013, to put a space probe in planet Mars’ orbit. 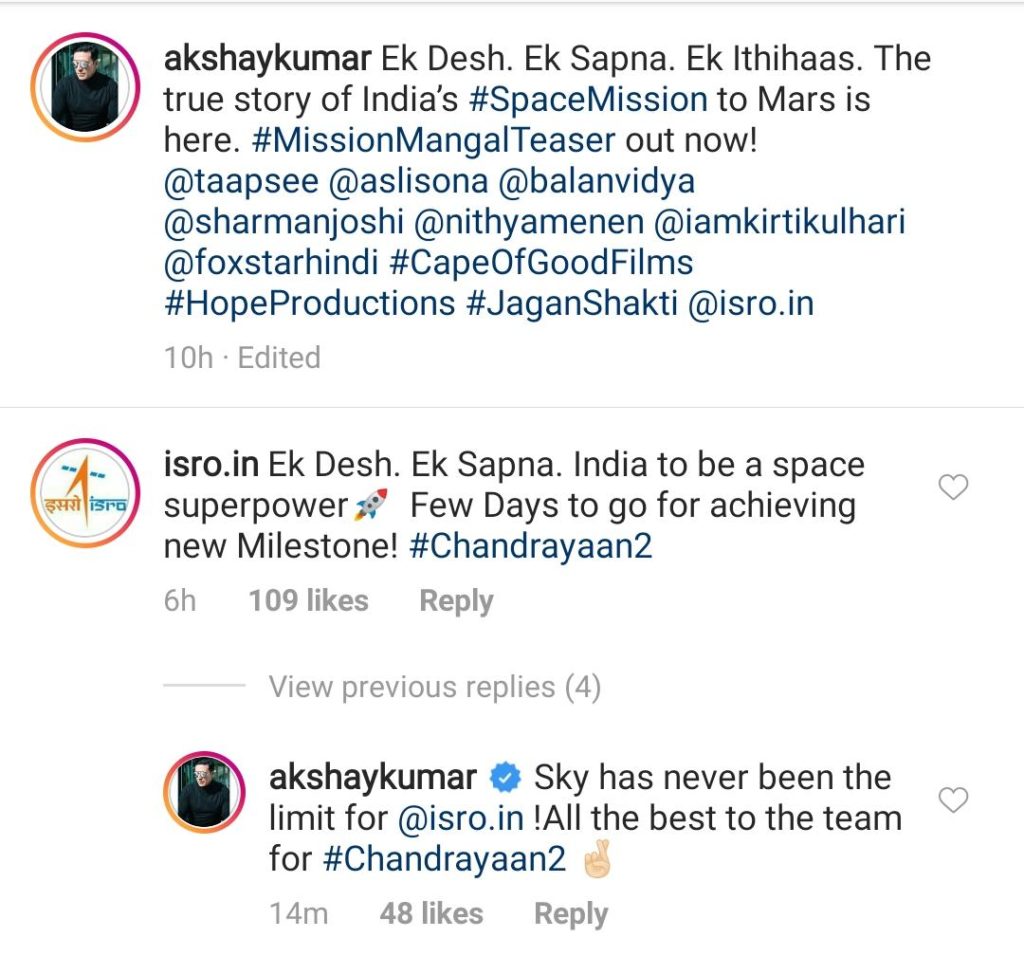 While ISRO is all set to launch Chandrayaan 2 in a few days, the official Instagram handle of ISRO has now responded on Mission Mangal’s teaser.

Is actress Sehnoor turning into a singer in her next song?