Currently, the super talented anchor is hosting the 10th season of the popular reality show Indian Idol and needless to say, Maniesh has yet again won everyone’s hearts with his affable and witty nature. Maniesh is not only loved by the audience but also by the contestants, judges and the entire team of Indian Idol. And their recent surprise for him is a proof of how much they adore their host.

The Indian Idol show occasionally have special episodes and recently they were shooting for a wedding theme episode, wherein they surprised their contestants by inviting their spouses and better-halves on the show. Maniesh, as usual, was gracefully hosting this segment by bringing in the surprise element in gusto for all the contestants until he was taken aback by a special surprise planned by the team of Indian Idol for him.

The team of Indian Idol had also invited Maniesh Paul’s beautiful wife – Sanyunkta Paul for the special episode and Maniesh was pleasantly surprised by this sweet gesture.

Speaking about it, Maniesh said, “I was thoroughly enjoying hosting this episode. Happily giving out surprises to all the contestants and seeing all of them smile and living that moment. Little did I know that they had planned a surprise for me. I was shocked to see Sanyunkta on the sets. For a few seconds I couldn’t believe my eyes but then it sank in. It was so wonderful to have my love beside me during this special segment where we were celebrating love. I was really touched by this thoughtful gesture and can’t thank them enough for this lovely surprise.” 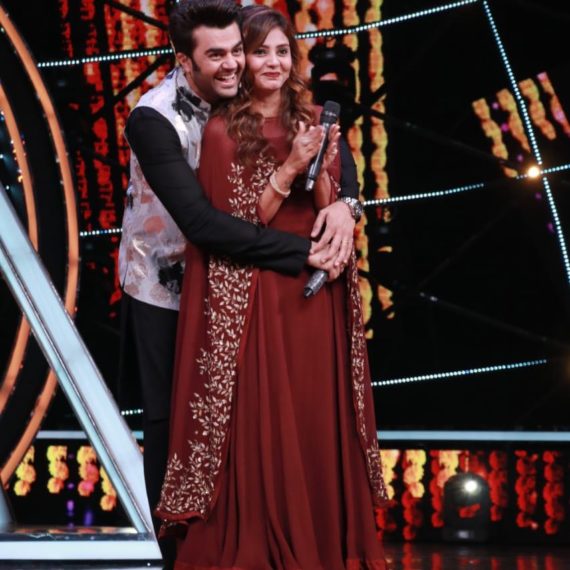 Interestingly, this was the first time ever that Sanyunkta actually came on the sets of Indian Idol. No wonder it got Maniesh, who couldn’t stop hugging his dear wifey when he saw her, all emotional.

It was indeed a heart-meltingly sweet surprise!