Skip to content
You are here
Home > Featured > In a first ever, IPL 2018 Hero & Firebrand Australian All rounder Shane Watson debuts on an Indian Chat Show with ‘Quick Heal Bhajji Blast with CSK’

With Shane Watson as a guest on the show, Quick Heal Bhajji Blast with CSK becomes the first Indian web show to feature Watto. From Nemesis on field for over 10 years to now Team mates, Shane Watson and Harbhajan Singh have come a full circle in cricketing rivalry. The interview is Watson’s first candid interview after his amazing score at IPL which lead to the victory of CSK in IPL finals. Shane Watson smashed 117 off 57 balls in a stunning, unbeaten century as Chennai Super Kings won their third Indian Premier League title with a thumping eight-wicket win over Sunrisers Hyderabad. In the beginning of the show Harbhajan confessed that even though he managed to get Watson out on many occasions, deep inside he always had a fear that Watson will hit him for sixes. 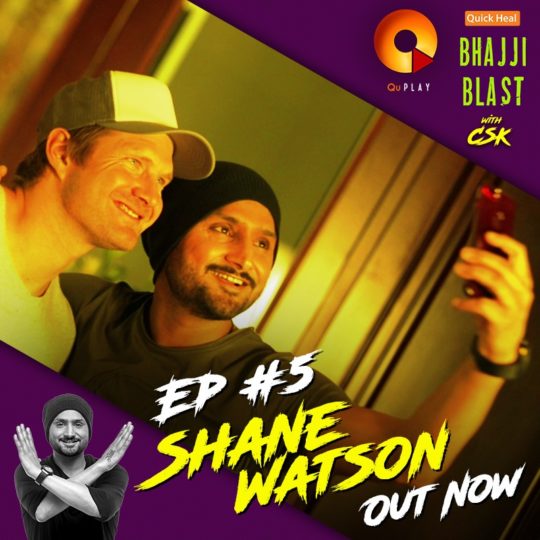 Watson and Bhajji discuss how they started playing cricket where Watson talks about his Dad. Harbhajan revealed that his Dad wanted to see him donning the Indian jersey ever since Bhajji was a kid. The conversation shifted to Family and Bhajji & Watson exchanged their experiences being parents.

Bhajji being the prankster he is, lured Watson into saying Indian Cricketing Slang in Hindi. Watson although earnest with his efforts made Bhajji break into guffaws.

With the recent controversy that had caused the ouster of Steve Smith from Australian team, Watson opened up and called it a huge blunder and how hard it was for the rest of the team to cope with that incident and come out stronger.

Harbhajan & Watson spoke about the sledging prevalent in Aussie cricket and how Harbhajan caught on it too and learnt to give it back. Talking about his rivalry with Andrew Symonds , Harbhajan revealed that after Symonds and him played for Mumbai Indians together they got to know each other better and got along really well.

Watson said, ”The one thing I love about the IPL is you get to play with players and you get to know them personally. We have to be competitive in our fields. You have got an ego and you are pushing it over time, especially when  you are playing for your country, it means not just that much to you but the whole public.” 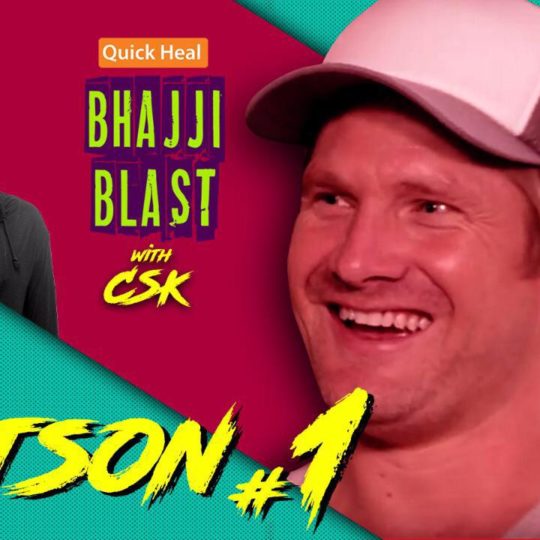 Kartik Aaryan To Perform To Salman Khan’s Song At IIFA