Skip to content
You are here
Home > Featured > I would love to work with Salman Khan if I get an opportunity: Prachi Tehlan! 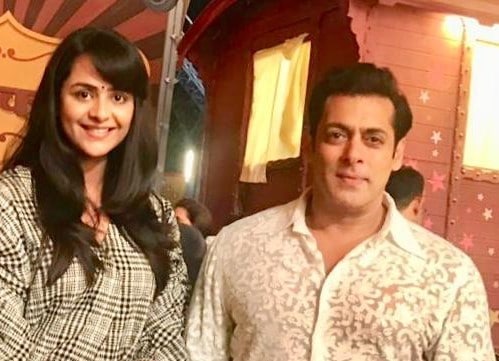 Prachi Tehlan, the actress who is known for her versatility in the entertainment industry, was recently spotted on the sets of film Bharat with Salman Khan. She recently had her fangirl moment by meeting him and instantly took it to her social handle to express the joy. 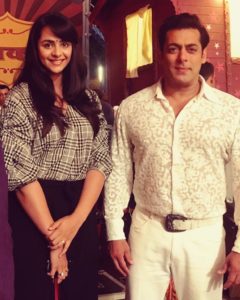 She posted a picture on Instagram and expressed her fan moment by stating, “Had an absolute fan girl moment spending time to personally speak to Salman Sir. A Day which I will cherish all my life.”

When asked about working with Salman Khan, Prachi stated, “I just went over to the sets of Bharat movie to meet him. Currently, I’m working with Mammootty sir for Maamankam, but I would love to work with Salman sir if I get an opportunity.”

Prachi is currently working down south with megastar Mammootty and is playing the lead opposite him in Maamankam. She was earlier seen in Star Plus’ show Ikyaawan and took her audience by storm with her charm and acting skills. Not just this, but she has also added a Telugu movie to her career list, in which she is casted opposite Rakul Preet Singh’s brother Amarpreet Singh.

This Valentine’s Day Celebrate Love with Nishant Soni’s Special Video For The Youngsters!