Skip to content
You are here
Home > Featured > I don’t want to open all my cards about Thackeray before the release, says Nawazuddin Siddiqui! 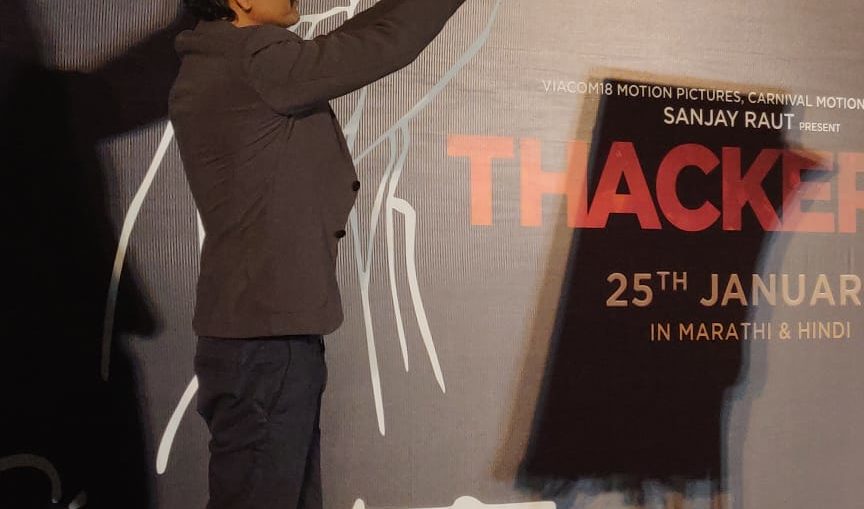 Nawazuddin Siddiqui is currently gearing up for his upcoming film Thackeray where he will be seen playing the lead role of the Indian politician, Bal Thackeray. The film is a biography on the life of the founder of Indian political party, Shiv Sena and the world’s renowned cartoonist.

The makers launched the music of the film in the presence of the lead actors Nawazuddin Siddiqui, Amrita Rao, producers, the Thackarey family, music composers Rohan & Rohan, and singer Nakash Aziz.

“The music of the film is fantastic. I didn’t hear any of them while shooting properly but the final outcome is amazing. Though I didn’t expect about the foot tapping anthem. I have worked really hard for the role but I don’t want to open all my cards before the film release.” Nawazuddin says.

Famously called versatility king, Nawaz got into the skin of his character to prepare for his role. He left no stone unturned to flawlessly portray Balasaheb Thackeray on screen.

Produced by Viacom Motion Pictures, Carnival Pictures and Rau’ters and directed by Abhijit Panse, the film also stars Amrita Rao, and is all set to hit the silver screens on 25th January, 2019.

Kangana Ranaut all set to direct her own life story!