Skip to content
You are here
Home > NE Talents > Guwahati rejoices amidst Notes from the Seven Seas!

Music lovers of Assam, as well as Northeast India, had a choice to rejoice in the second week of this month. The reason was the revival of the Guwahati International Music Festival – the first and pioneering home-grown property for musicians and music trade professionals of the region. An initiative of Eastern Beats Music Society, the third edition of this premier music festival was held in front of a packed audience at Pragjyoti ITA auditorium, Machkhowa on February 8 last. 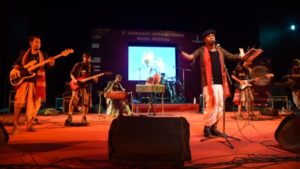 The day-long festival was literally a treat for music lovers and cultural buffs. From lecture-demonstrations and workshops on traditional north-eastern music to classical guitar workshops by master guitarists from different parts of the world, the festival had it all. Besides a special film screening session of the much acclaimed musical travelogue ‘Guns & Guitars’, the festival ended with a fitting world music concert in the event which showcased some of the best folk fusion and world music artists from India and other parts of the globe. 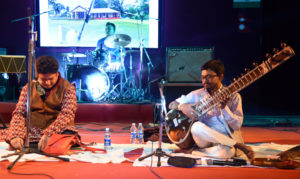 The festival was inaugurated in the presence of Shri Razvee Hussain, Additional Secretary to the Government of Assam (Department of Tourism) and Shri Bhaskar Phukan, Managing Director, Assam Tourism Development Corporation – both bureaucrats who have a penchant for promoting the finer nuances of art and culture. As a member of Eastern Beats Music Society said, the event would not have had been possible without their enthusiastic support and patronage. Smile Asia Secretary General Abhimanyu Talukdar, who has recently been appointed as the President of South East Asia chapter of Assam Sahitya Sabha, also flew to the city to be part of the event. 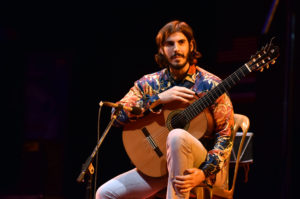 In his address, Razvee Hussain said, “Assam Tourism is happy to support Eastern Beats Music Society which treated Guwahati to the 3rd International music festival. We are proud to be associated with them as Assam tourism always looks forward to promote the State in every which way we can. We have always tried to promote Assam through Music, Food cuisine and Fashion. Wherever we have participated, be it in any tourism event in India or abroad, people have always been fascinated with our Mekhla chaddar, food cuisine n our local music, especially Bihu, which has now earned a lot of popularity through Bollywood music. Moreover, the natural n serene and pristine beauty of Assam has to be seen to be believed because once you visit Assam, it stays with you forever.” 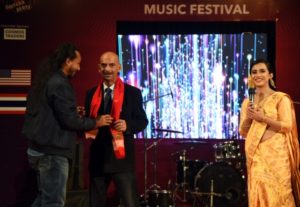 Some of the artist in this year’s line-up included eminent classical guitarist and composer Matt Bacon from US, Thailand-based guitar maestro Padet Netpakdee, radical Sufi and jazz musician Manmohan Thapaliyal (Nepal), three-times Grammy nominated Naga folk fusion band Abiogenesis, the one-of-its kind Naad Brahma collective, amongst many others. Besides workshops on guitar and lecture-demonstrations on north-eastern folk music, the festival also showcased a unique orchestra of 100 suitars led by Guru Hem Hazarika. Socially conscious rock bands like Cultivators, Doorbin, amongst others also performed at the event, which saw upcoming Assamese singer Tushar Bhuyan giving a musical tribute to Assamese youths Neelotpal and Abhijeet who lost their lives in a tragic case of mob lynching last year. 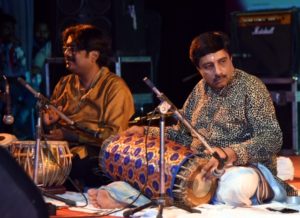 A singer-song writer and multi-instrumentalist, Matt Bacon is a masters-degree holder from San Francisco Conservatory of Music and has performed across the world. Padet Netpakdee is a sought-after Asian guitarist who completed his Masters in Classical guitar at the Conservatorium Maastricht (Maastricht, the Netherlands). Born in Chiang Mai, a province in the northern part of Thailand that is rich in arts and cultures, Padet began exploring music through traditional and regional musical instruments. The participation of these two renowned classical guitarists will undoubtedly amplify the horizons of western classical musicians, students and aficionados alike.

For the uninitiated, Guwahati International Music Festival is a pioneering festival which was initiated way back in 2011 to provide a platform for indigenous folk practitioners of the region to collaborate with internationally renowned performers and artists. Besides performers, the festival also has the object to act as a facilitator for exchanges between stakeholders in the music trade industry as well as artists and performers. Till date, more than 700 musicians from 8 countries have participated in the three editions of the festival which have been held. 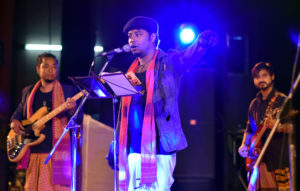 In his welcome address, Eastern Beats Society founder president Amlandeep Das said, “After a hiatus of four odd years, it is truly an exuberant feeling to host Northeast India’s pioneering home-grown property. Although a number of music festivals are held nowadays across the region, GIMF holds a special position in our heart because it is the sole attempt at creating a global platform for musicians and music professionals in Assam. We are indebted to Mr. Ram Muivah, Secretary NEC, Moloy Bora, IAS officer and Mr. Razvee Hussain and Mr. Bhaskar Phukan of the Assam Tourism Department to help us host the event.” 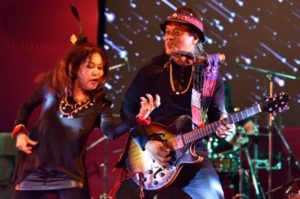 The evening was gracefully hosted by multi-instrumentalist and senior musician David Baker and Namrata Choudhury.

Shalmali’s cover of Ghungroo gets Vishal Dadlani to groove along

Ravi Dubey writes a hard-hitting poetry concerning the current scenario in the Indian entertainment industry and its obsession with numbers.