67-year-old actor Govind Namdev is known for his notable negative roles in films like Bandit Queen, Prem Granth, Virasat, Satya, Sarfarosh, Lajja, Oh My God!, Heroine and Wanted. He has won many awards and recently  he has been bestowed with another prestigious award and it is special because it is from his hometown Bhopal, Madhya Pradesh

at the felicitation ceremony at the hands of MP Chief Minister, Shivraj Singh Chouhan.

While receiving this Govind namdev said, “I am honored to receive “Madhya pradesh ratna Samman award.” it makes me feel that this is my one of the achievements. Now after receiving this award, my sense of responsibility towards my motherland has increased.

I would like to offer my sincere gratitude to MP Chief minister, Shivraj singh chauhan ji and extend my heartfelt thanks to the press club of india for organising the award. Thank you very much!!” 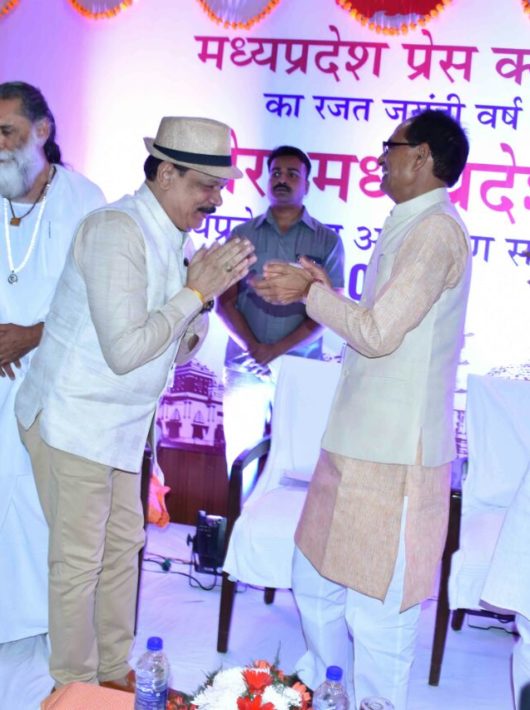 The award organized by the esteemed Madhya Pradesh Press Club felicitated people from all walks of life who have contributed largely to the society comprising of eminent personalities from sports, arts, science, politics, social work, entertainment.