Elaborating on the housing plan, FWICE Treasurer Gangeshwar Srivastav said, “Under Pradhan Mantri Aawas Yojna we are building 50,000 houses in Shelu near Karjat, for those member workers of the film industry who don’t have a home. The members will be able to buy homes at prices much lower than the market rates.”

FWICE also distributed free groceries to those workers who don’t have work anymore. The Federation also announced insurance policies worth rupees 3 lakh each for its members.

Filmmaker Madhur Bhandarkar who was present at the event said, “It’s a great initiative and I think more people from the industry should come forward and help this initiative. Although, there are some stars who provide support to these unions but don’t make a big show-off about it.”

Echoing Bhandarkar, FWICE President BN Tiwari said, “We had approached Amitabh Bachchan to come for this event but he couldn’t make it because of prior commitments. But he has assured that he will provide help to the federation whenever they need it.” 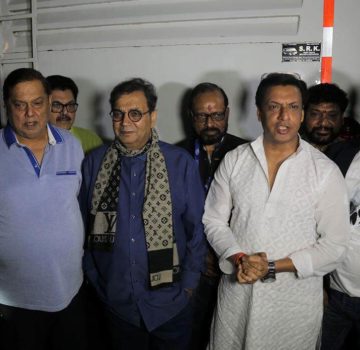 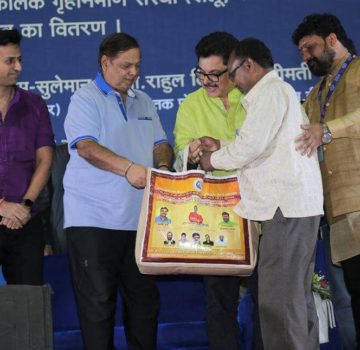 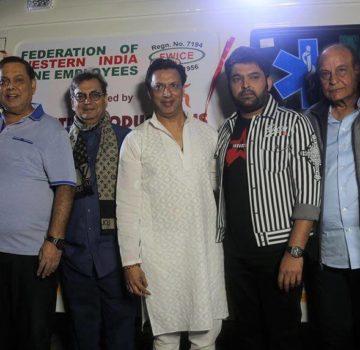 house at lower prices than the market rates

Other celebrities who attended the event were comedian Kapil Sharma, music composer Salim Merchant, and veteran filmmakers David Dhawan and Subhash Ghai. They launched the mobile cardiac ambulance that will go to film shoots and do medical checkups of workers.

Rahul Tewary of Swastik Productions who donated the cardiac ambulance said, “All the name and fame we have received would not have been possible without these workers’ support. So, we have to support them back in whichever way possible.”

David Dhawan said, “It’s time that successful artists and technicians give back a token of appreciation to the industry workers by supporting this initiative.”

Subhash Ghai praised the initiative saying, “There are about 5 lakh workers in the industry. I appreciate FWICE’s efforts in providing affordable houses, mobile ambulance, insurance to them. With the start of this initiative the entire film industry will wake up and come together to support such initiatives.”