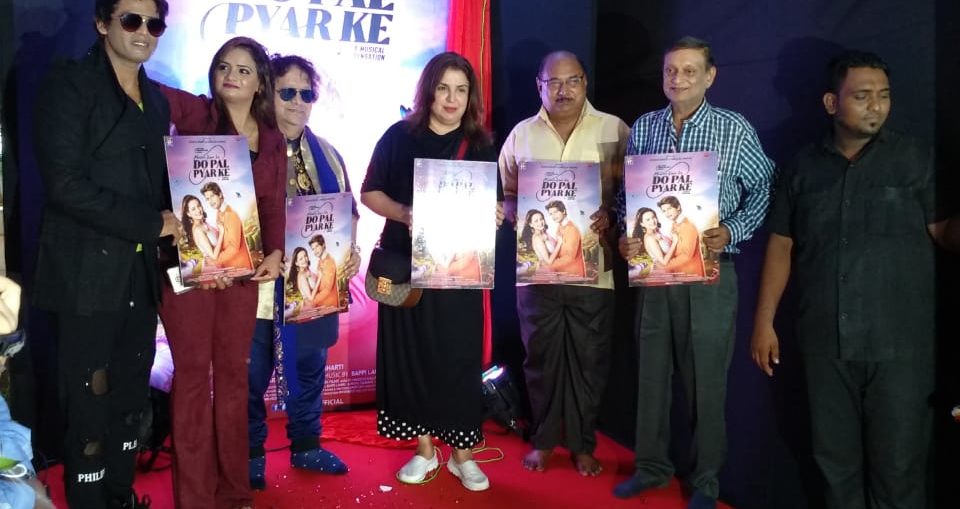 Mumbai, 11th June 2018: After the motion poster release of the much awaited romantic film ‘Do Pal Pyar Ke’, the official poster of the film was introduced at an event in Mumbai. The Legendary ‘Disco King’, Bappi Lahiri and ace Choreographer turned director, Farah Khan graced the occasion by unveiling the poster and giving us a glimpse of the lead pair Mukesh Bharti and Madalsa Sharma’s look. 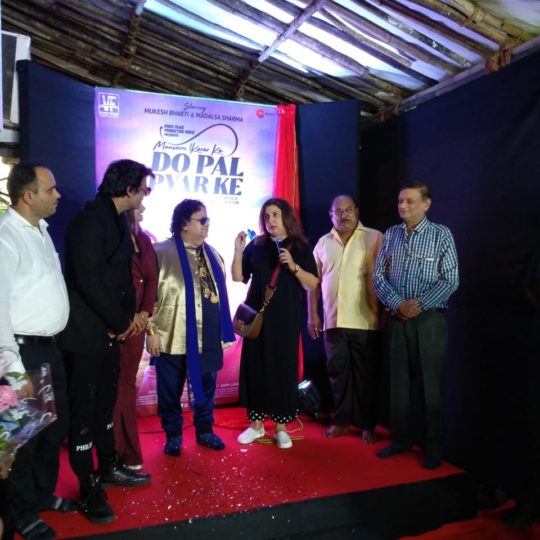 Do Pal Pyar Ke is an out and out family entertainer consisting of five songs with melodious music by Bappi Lahiri who even lends his voice to one of the songs in the film. Bappi da is very excited for the project and said, “I’m very excited about this film because it is strong story telling backed by strong music, something which is missing today. Back in the day, films and the songs were so powerful that they stayed with you for days and even years. After a very long time I got genuine fulfillment of composing as it has given me the opportunity to tap into various genres of music”. 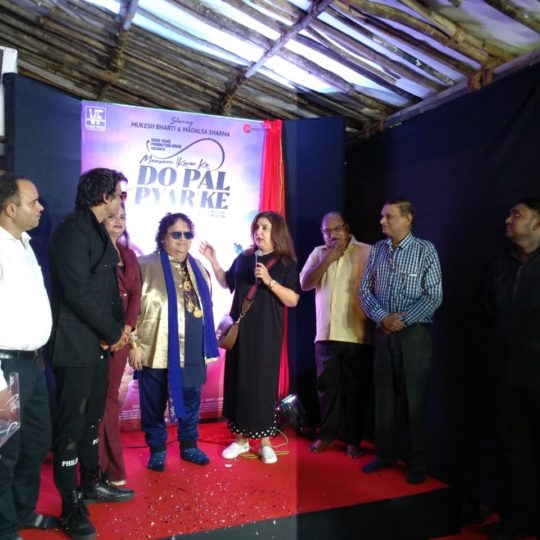 Farah Khan who was present at the event to lend her support to the entire team, said, “I am here to lend my support to Bappi Da and the entire cast & crew of Do Pal Pyar Ke. I am personally a huge fan of Bappi Da and where there is dance there has to be music so here I am. Dada is someone who popularized the use of synthesized disco music in Bollywood and being a professional choreographer, I can never thank him enough; I’ve had great fun making actors dance to his tracks. I’ve heard some bits and pieces of this film’s music and I am sure people are going to get hooked to it soon. Wishing the team good luck” 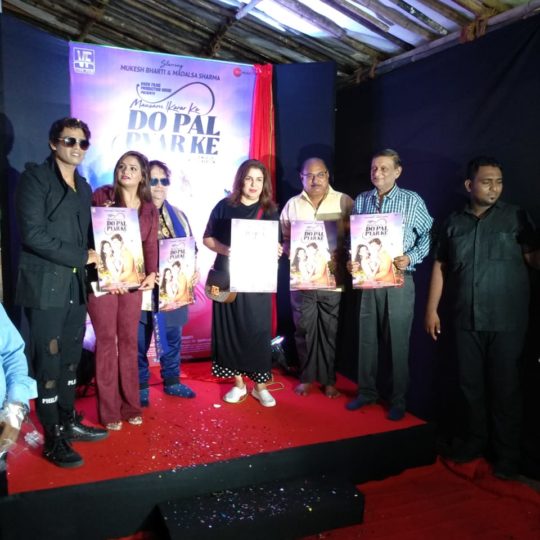 The film is produced by Manju Bharti, Vivek Films Production House with associate producer Rekha Soni, co-produced by BNH Films along with associate co-producer Kaluram Purohit. It is all set to hit the theatres this monsoon. Heralding the season of love, the musical family entertainer directed by Partho Ghosh toppy with heady mix of music by the iconic Bappi Lahiri, Singers Amruta Fadnavis, Babul Supriyo, shaan, Palak Mucchal Brijesh sandaliya and Bappi lahiri. Do Pal Pyar Ke the second venture of Vivek Films Production House promises to be an affair to remember. The movie revolves around the concept of everlasting love and family values- subjects which are universal and cuts across age groups. 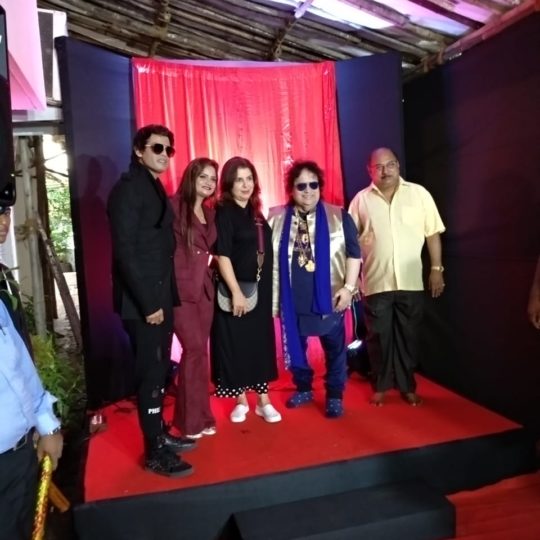 Taking The Next Step, Benafsha Soonawalla to make her acting debut with Netflix!