Skip to content
You are here
Home > Featured > Evergreen Anil Kapoor To Be Felicitated By European Union For his decade long support in promoting the cause of children rights along with his collaboration with the EU and Plan India for supporting the girls’ rights!

The Council of EU Chambers of Commerce in India (EU Chamber) along with Delegation of the European Union (EU)is organizing Europe Day on 17th May 2019 in Mumbai.
Europe Day, held on 9th Mayevery year, marks the foundation of the European Union and celebrates peace and unity in Europe. The Europe Day 2019 will also celebrates the strong partnership between India and the European Union.
Mr. Anil Kapoor, renowned actor will be the Chief Guest at the event. At the occasion, he would be felicitated for his decade long support in promoting the cause of children rights along with his collaboration with the EU and Plan India for supporting the girls’ rights. 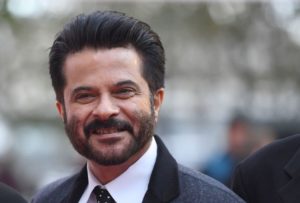 H.E. Mr. Tomasz Kozlowski, Ambassador, European Union to India, Ambassadors and Consul Generals of EU Members States and senior representatives of European and Indian Companies will be a part of the event.
EU is one of the favorite destinations for shooting Bollywood movies. This Indo-European collaboration will be highlighted at the event.
We would request you to kindly depute your senior reporter to cover the proceeding of the Event.
Date: 17th May 2019
Time: 19.00 hrs
Venue: Crystal Room, The Taj Mahal Palace, Apollo Bandar, Colaba, Mumbai – 400001

About: Europe Day is held on 9 May every year, celebrates peace and unity in Europe. The date marks the anniversary of the historical ‘Schuman declaration’. At a speech in Paris in 1950, Robert Schuman, the then French foreign minister, set out his idea for a new form of political cooperation in Europe, which would make war between Europe’s nations unthinkable. His vision was to create a European institution that would pool and manage coal and steel production. A treaty creating such a body was signed just under a year later. Schuman’s proposal is considered to be the beginning of what is now the European Union.

Pranati Rai Prakash has made a new friend, And they look adorable together in the video

Sehnoor angry about the Hathras incident and demanding justice for the girl as early as possible.

Rajniesh Duggall learned wrestling in Varanasi for his next