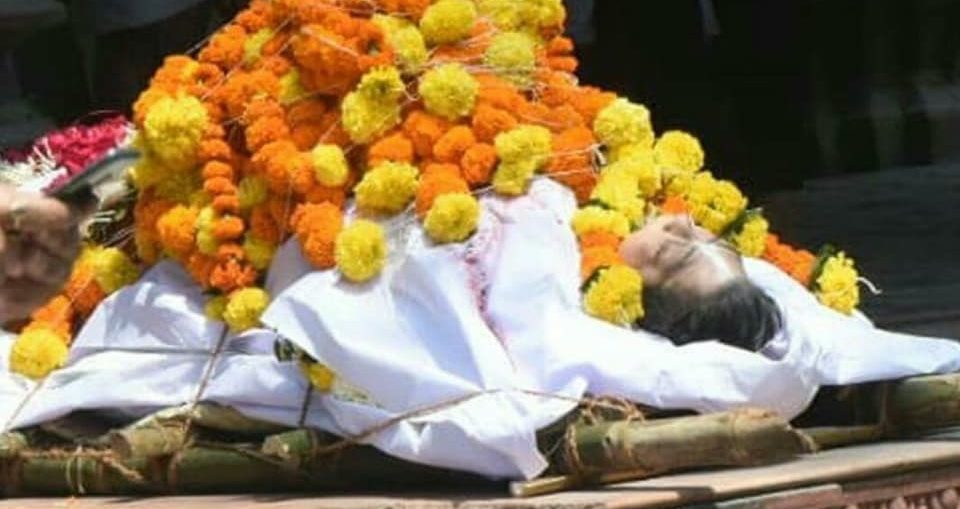 MUMBAI: It’s the day when Mumbai’s beloved Bappa leaves the city with much fan-fair and Kalpana Lajmi too chosen the day to say good bye to her friends and family ! 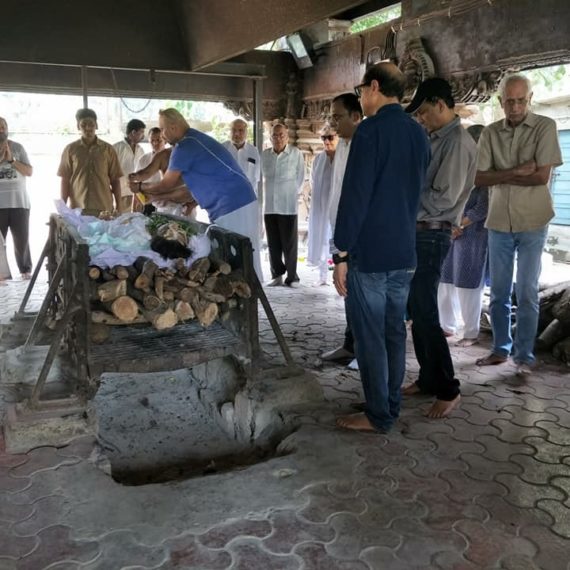 Renowned woman filmmaker Kalpana Lajmi died today, Sunday,23rd of Sep at 4.30 am in Mumbai’s Kokilaben Dhirubhai Ambani Hospital.. She was 64 and was suffering from chronic kidney disease and liver failure. The writer-director was cremated in the presence of family, friends and loved ones at the Oshiwara crematorium in Mumbai. Various personalities that includes Film Maker Mahesh Bhatt, his wife and Kalpana’s close friend Soni Razdan, Shabana Azmi, Shyam Benegal and few others from the Hindi film industry paid their respect to the artist.

Her brother Dev Lajmi did ‘mukhagni’ when her relatives, her mama-mami stood by her aged mother Lalitha Lajmi. 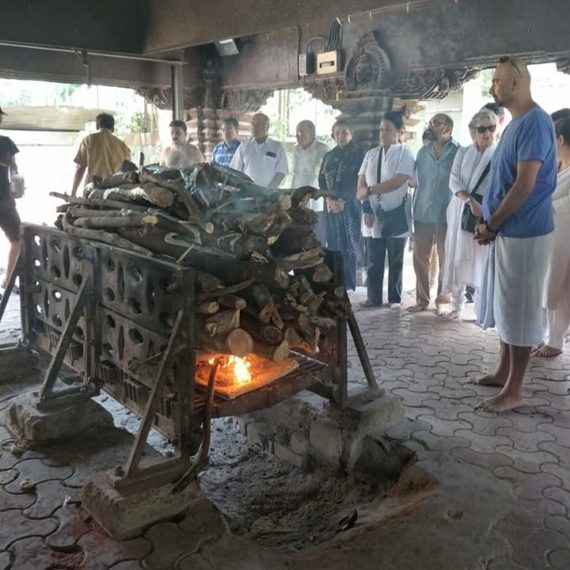 Kalpana’s school friend came all the way from Colaba to Lokhandwala to pay their homage to their beloved classmate.

Kalpana’s long-time care taker and her house help are seen in deep sorrow as their beloved didi left them forever!

Eminent film maker Jahnu Barua was present at Kalpana’s residence and in the crematorium and offered his last respect to the departed soul. Jahnu Barua is known to be close associate of late Dr. Bhupen Hazarika and also knew Kalpana for decades. 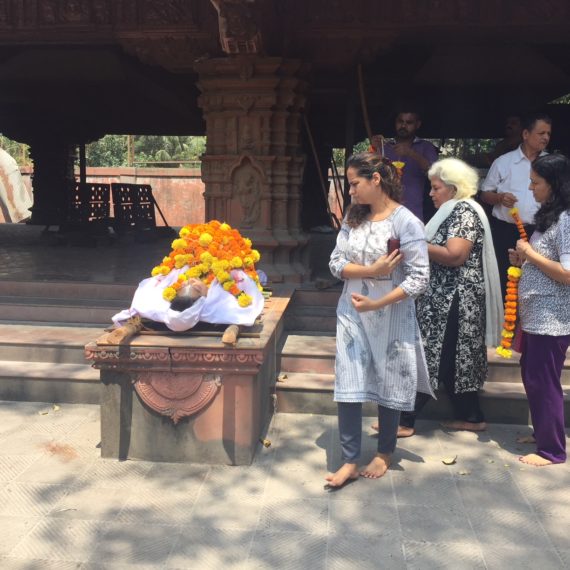 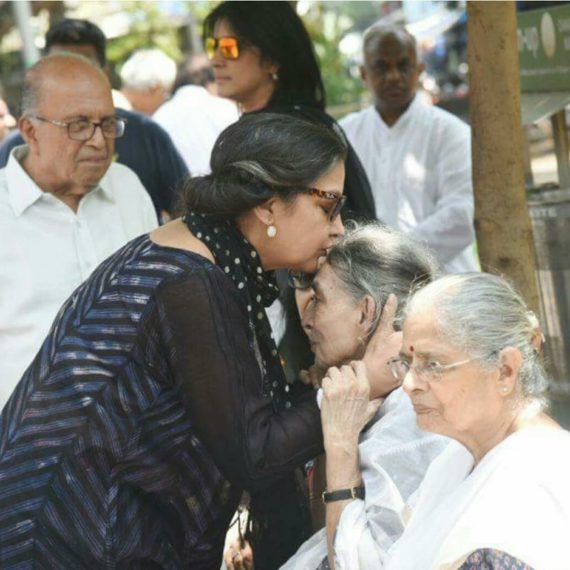 Two prominent Hindi film actors have received the National Award for acting in Kalpana’s films — Dimple Kapadia for Rudaali and Raveena Tandon for Daman. Both Raveena and Dimple were not be seen today.

Due to Ganpati Visharjan the family have been requested to wind up everything before 2PM and hence they could not wait longer for Kalpana’s friends to pour in. By 12 noon they sifted her body to Oshiwara Crematorium and around 12-30 they have started with the last process. 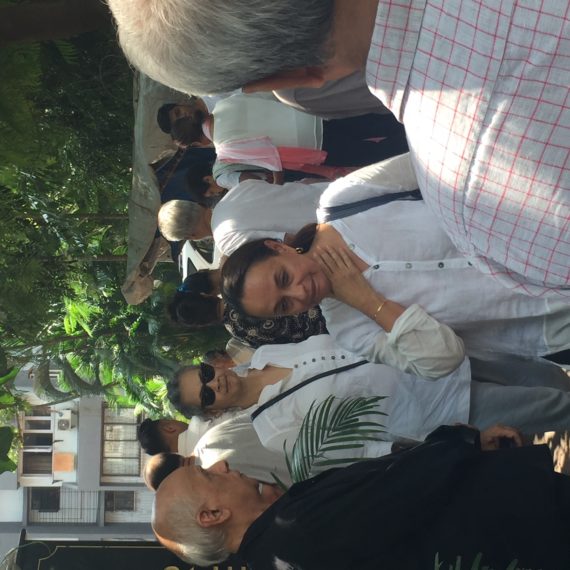 Many of her acquaintance, including Bollywood Couch offered Gangajal to her at her residence at Lokhandwala. 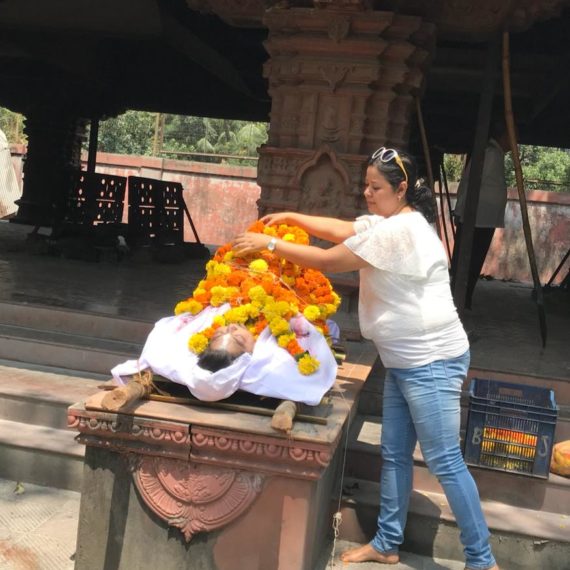 Meet Sangeeta Sikdar Bhatia – The woman who has given many big names to Bollywood like Disha Patani and Nora Fatehi.