National Award winner Divya Dutta, one of the most versatile and talented actress is all set to star in yet another short film after her much loved short film Plus Minus with internet sensation Bhuvan Bam. Titled Mirror O Mirror, the short is directed by Maahi Kaur, a filmmaker from Canada of Indian origin.

The first poster of the film is spine chilling and looks like it certainly is going to spook the viewers. 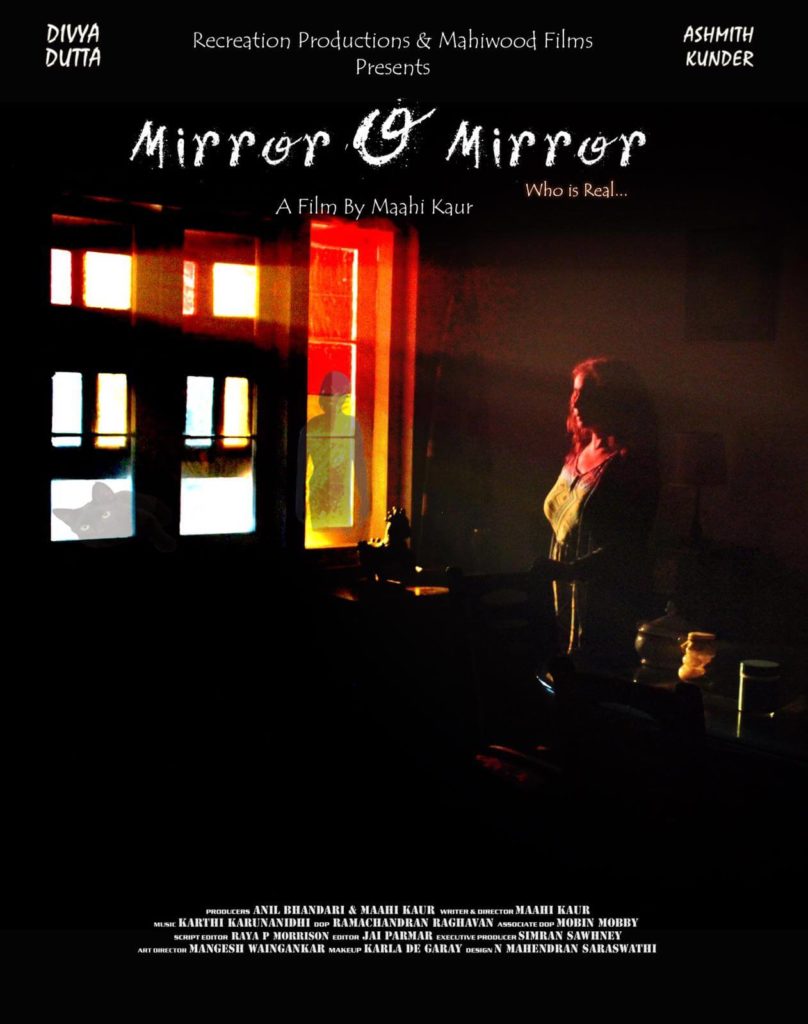 Mirror O Mirror combines two of everyone’s favorite genres, that is, suspense and horror. It is a metaphysical short film which is based on the fact that sometimes, reality is not the reality what we think is the reality!

The film has only two characters, the other one being played by Ashmith Kunder and the film’s post production is in underway.

Kangana Ranaut Blasts Sonam Kapoor for questioning her Me Too Story