Skip to content
You are here
Home > Featured > Directed by Mozez Singh the short film ‘Ab Meri Baari’ to encourage adolescents to voice their opinions and play an active role in the upcoming elections!

Directed by Mozez Singh the short film ‘Ab Meri Baari’ to encourage adolescents to voice their opinions and play an active role in the upcoming elections. 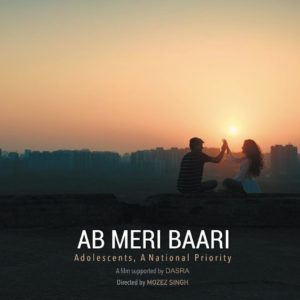 The recent campaign ‘Ab Meri Baari’ aims to make adolescents a visible, contributory franchise in the narrative of our country, by acknowledging their ability to influence electoral outcomes, as well as raising awareness of their responsibility towards participating in a democratic activity that shapes the country’s future. Dasra, along with its partner organizations – Centre of Catalyzing Change (C3), Child in Need Institute (CINI), and Quest Alliance among others will run campaigning efforts across Jharkhand and Rajasthan leading up to the general elections 2019.

Talented director Mozez Singh takes up this crucial cause for his short film which was launched at the event and will be screened at multiple schools and colleges, aired on local radio, and promoted via social media influencers across Jharkhand and Rajasthan. In the film two protagonists, Sameer and Anju, discover that their personal ambitions are a direct consequence of the choices they make in lives; and the first choice that one is guaranteed is the agency to choose its sovereign. At the age of 18, when they cast their first vote they decide to choose responsibly not just for their lives but also for the future of the country. The film is directed by the artistic and versatile film maker Mozez Singh and written by Ishani Banerjee.

Given the larger context of building agency for this rapidly growing cohort, the 10to19 Dasra Adolescents Collaborative is symbolic of an unignorably, game changing demographic in India. The momentum created during the first phase will set the stage for a combination of long tail, plethora of activities on ground – such as state level activation, accountability measures and engagement with the government that the 10to19 Dasra Adolescents Collaborative will conduct through 2019.

Neha Dhupia can be a successful director believes Shivam Dua!