Skip to content
You are here
Home > Featured > DILJIT AND NEERU BOTH RIDING HORSES ON POSTER #2 OF SHADAA! 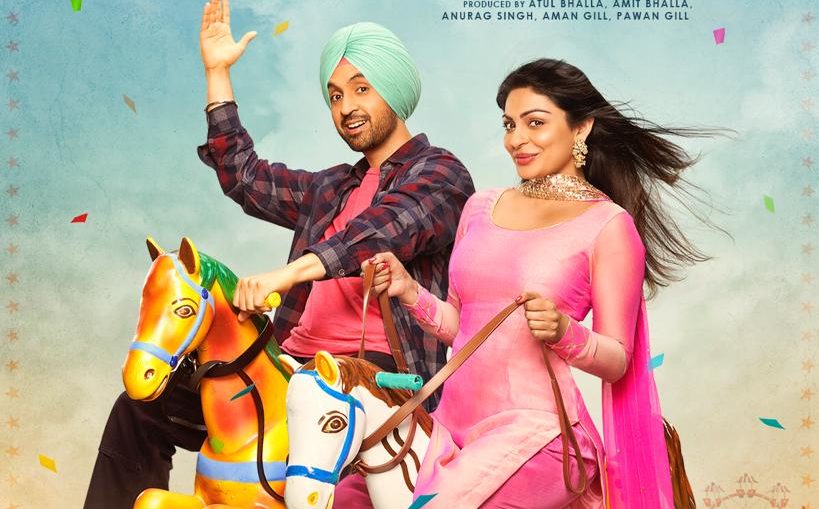 Normally the groom rides a horse on his wedding day, but in the recently launched super cute and fun second poster of Shadaa we see both Diljit Dosanjh and Neeru Bajwa riding horses, it seems the film is breaking all the norms and sex barriers by not differentiating between male or females!! It looks like this film will not just feature one Shadaa’s but maybe possible two Shadaa’s going for their wedding which seems like a very interesting take on weddings and director Jagdeep Sidhu seems to be breaking new barriers. The built up and excitement for seeing this films trailer is getting more and more with each passing moment and we can’t wait to see what the trailer has in store for us when it launches tomorrow morning at 10 am IST. 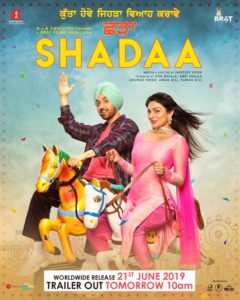 Shadaa is written and directed by Jagdeep Sidhu, the director of the romantic blockbuster Qismat and writer of the blockbuster Nikka Zaildar series, produced by Atul Bhalla & Amit Bhalla of A&A Advisors who previously produced the mega blockbuster Carry on Jatta 2 and the superhit Vadhayiyaan Ji Vadhayiyaan and Anurag Singh, Aman Gill & Pawan Gill of Brat Films. Aman Gill has produced such films Udta Punjab amongst others and Anurag Singh is the director of the super hit Hindi film Kesari starring Akshay Kumar and the Punjabi blockbusters Jatt & Juliet 1 & 2 and the national award winning Punjab 1984!! The 35 days countdown to the film release has begun and we can’t wait to see what this legendary jodi keeps unveiling to us in the coming days ahead!!

Even our favourite celebrities have decided their New Year resolutions