Skip to content
You are here
Home > Featured > DID star Paulson Thomas deserves a gift of happiness; spending his best day with Smile Foundation says it all.

DID star Paulson Thomas deserves a gift of happiness; spending his best day with Smile Foundation says it all.

However big a fame and popularity one attains, he or she should not ever forget the roots of humanity. Paulson Thomas is one such personality who has achieved a lot at a very young age yet understands and values the *struggles* one has to go through to reach those heights. His gesture of constantly wanting to help needy ones and celebrate happy times with them is quite commendable. 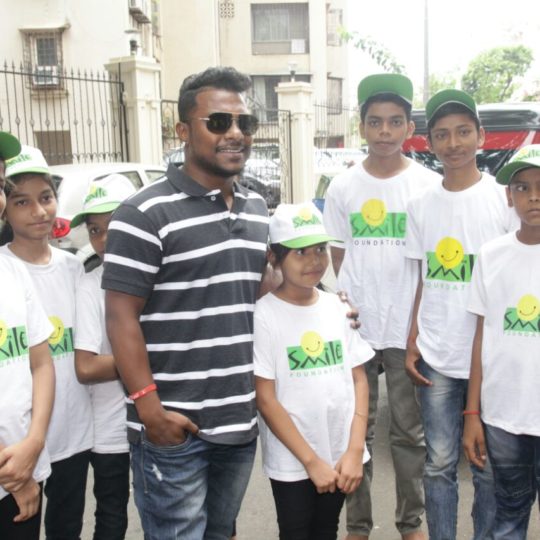 Celebrating his birthday with the children of Smile Foundation was something Paulson wanted to do for a long time.  It was not his first time though. It was his mothers teaching to him that one should always help the needy if he is capable of doing it and there should not be a stop to it ever.  Isn’t it a wonderful thought? 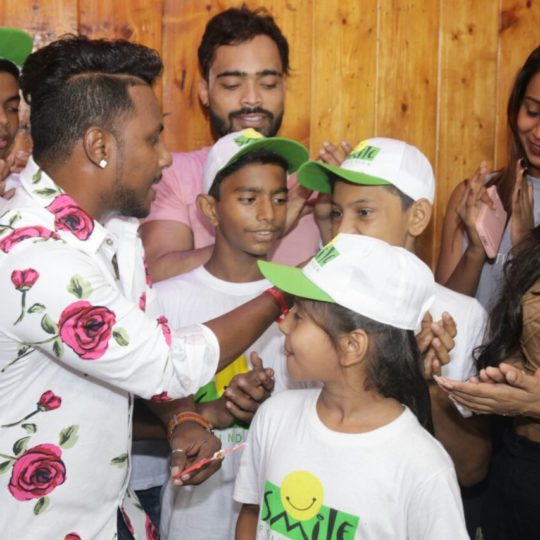 Paulson always believed in charity and has done a lot of donations and social service in such organizations before. It was amazing to see how he interacted and tried to keep all the beautiful children from Smile Foundation confortable and well attended to.  He was with them and for them all the time. With this event he intends to support the education of this amazing kids. 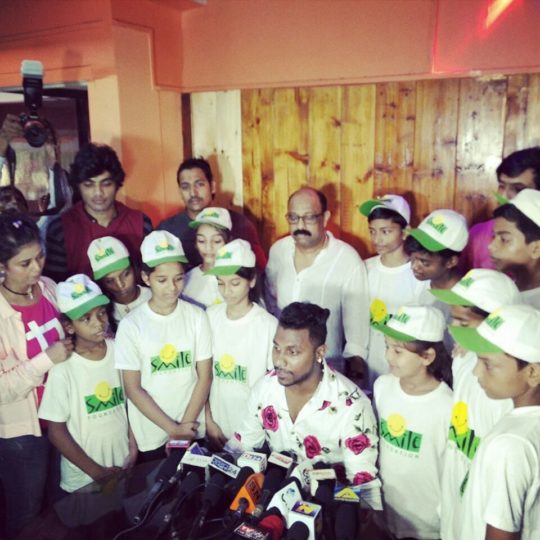 Hailing from a non-metropolitan city of Kerala, Paulson faced a lot of difficulties to sustain his passion for dance and entertainment. But his never give up attitude assured his progress and eventually he got his break with Dance India Dance Season 1. Immediately after that Remo D’souza cast him in the movie ‘F. A. L. T. U’ . 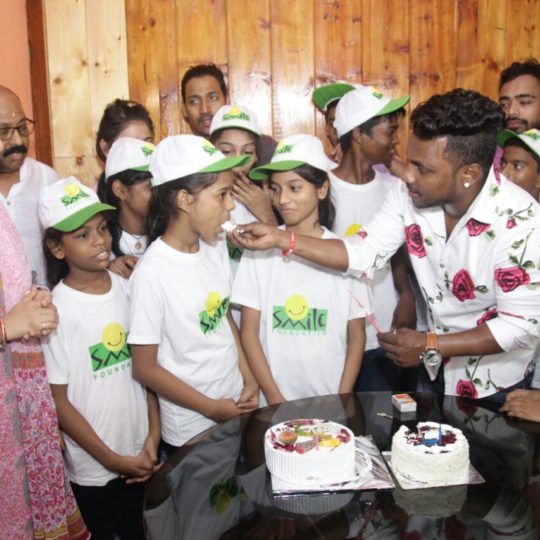 He was also a popular face in the show ‘Dance ke Superstars’ and acted in India’s first 3D dancing movie ABCD (Any Body Can Dance). Paulson became a face to be recognized with his witty and funny performances in both. No wonder he absolutely adores Remo Sir. “If there is anybody after my parents whobhas supported and encouraged me always, especially in Mumbai is Remo Sir”, says Paulson.  And why not. Being an amazing down to earth person, there is no wonder in Paulson attributing his achievements to his idol. 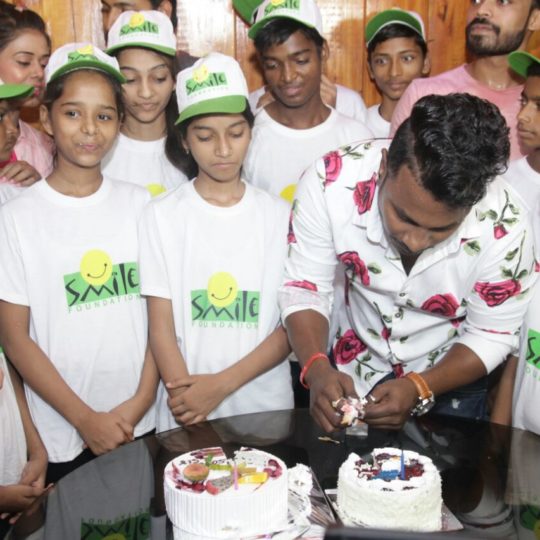 When asked about his views on Remo Dsouza’s upcoming movie ‘Race 3’, he just has words of praises to say.  He wishes the best of success to his idol as he respects the hard work Remo Sir puts behind all his projects. He wishes to meet him soon and seek his blessings for his future ventures. 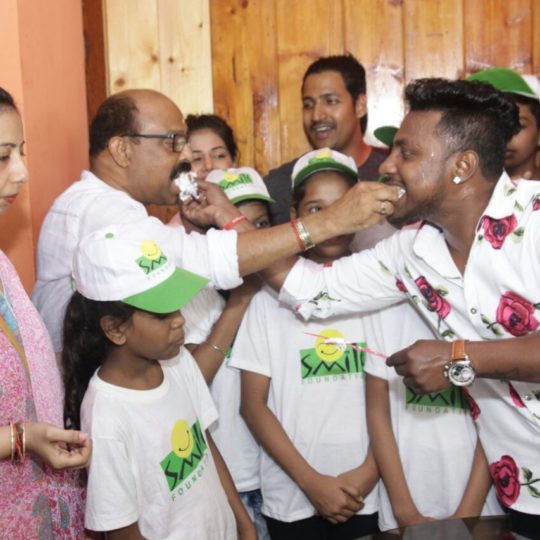 And the best is yet to come. This celebration also revealed the fact that he and his team will soon enlighten us with a Music Video and the launch of his very own Production House (The dates and more information is yet to be given out). The event was smooth and Paulson ensured that none of the children from Smile foundation left without a happy face and a gift to remember him. 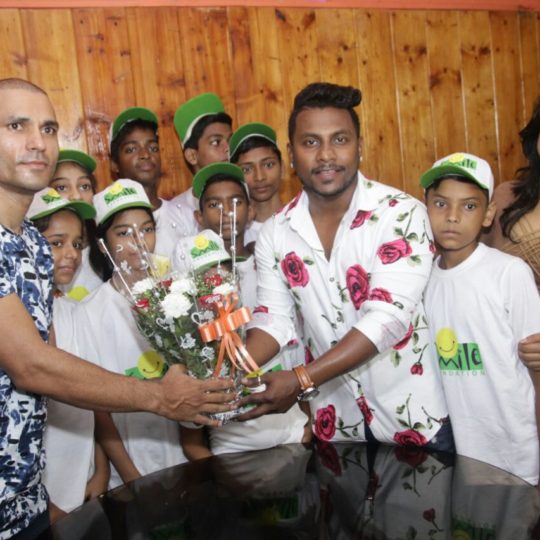 The event came to an end with the best of dance performances from the children, his team and Paulson himself.  We all wish him the best of luck for his new progress and launches.  Eagarly waiting! 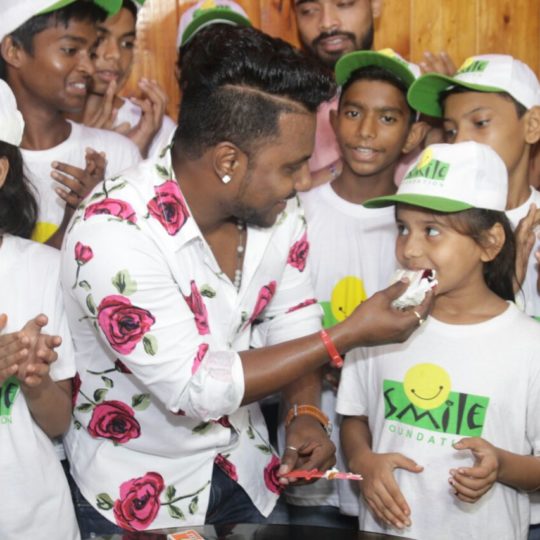 Checkout the moves and swag of Giorgia Andriani in the Song “Roop Tera Mastana” by Mika Singh : Song out!