Debutant actor Avinash Tiwary has already given us a glimpse of his impressive acting prowess in the trailer of Laila Majnu, and it is pretty much evident that the young actor has really worked hard to portray this multi-layered character, who for centuries now, is synonymous with the madness of love.

Avinash has not only gone through an intense physical transformation shedding about 12kgs in a shot span of 17 days  to look his part but has also left no stone unturned to actually get into the skin of his character and make Majnu’s madness his own.

Majnu is a guy who believes in intense love, a love which is not ordinary but passionate and beyond anyone’s imagination. To understand this depth and intensity of Majnu, Avinash needed to connect with the soul of his character and hence the actor decided to spend a few days in complete seclusion, away from the rest of the world.

So, while all cast and crew were staying in a hotel, Avinash opted to camp it out in the woods, in the freezing cold of Kashmir so as to find the soul of Majnu and channel it into his performance.
While he was campaing and moving around into the woods, he was infact being called pagal and crazy by the villagers.

“Majnu’s love for Laila cannot really be described by mere words. There is something very spiritual about his love and I was not going to get that kind of intensity unless I lived it. I had to connect with his soul. So, I camped out in the woods all alone for days to understand and prepare for this character,” reveals Avinash.

Well, looking at the rave response, the song hafiz hafiz has been getting, we can say that his effort has certainly paid off.

Laila Majnu celebrates the madness of love and is presented by Imtiaz Ali, directed by Sajid Ali and produced by Balaji Motion Pictures and Preety Ali’s Pi films. The film is poised to release on September 7, 2018. 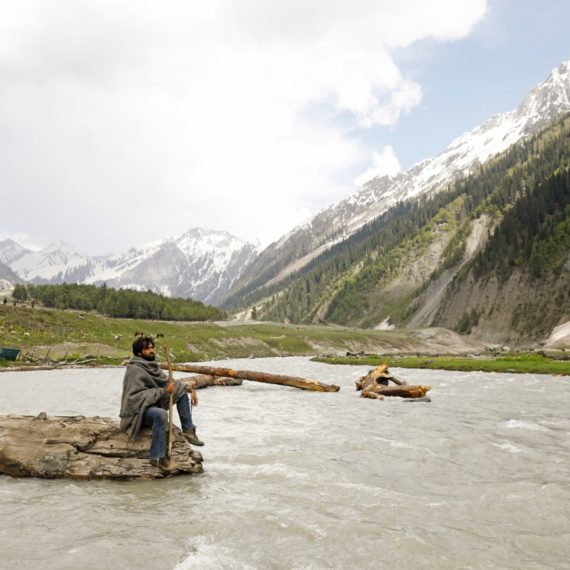