Leading Indian producer, Subhash Ghai has joined forces with Rome-based Navala productions to launch biographical drama “Osho: Lord of the Full Moon.” The film will be structured as a large-budget India-Italy co-venture.

The film’s focus is the controversial Indian mystic Osho, formerly known as Bhagwan Shree Rajneesh, who died in 1990. He proposed alternative rules for living and self-improvement which over-rose conventional religions. His 600 books remain hugely popular best-sellers, and he was recently the subject of 6-part Netflix Original documentary series “Wild, Wild Country.”

The narrative film will contain action from the time that India gained independence from British colonial rule, as well as more poetic flashbacks. Beside Osho, the other main character of the film is a female TV journalist who puts her career at stake trying to discover if the guru is a conman, or an enlightened genius. Answering this question will changes her life.

The film will be directed by Italy-based Lakshen Sukameli from a screenplay by Sukameli and Kamlesh Pandi. Guido de Laurentiis is set as line producer. Director of photography is Fabio Cianchetti (“Roberto Bertolucci’s “The Dreamers,” Roberto Benigni’s “The Tiger and the Snow,” and Abel Ferrara’s “Go Go Tales.”)

The project was announced Sunday in Cannes. Casting and the choice of international sales company are to be announced within the next month.

Ghai’s stockmarket listed Mukta Arts is one of India’s leading studios. It operates cinemas and is a distributor producer. Ghai is one of the founders of the Whitling Woods film school, which this week announced a partnership with Reliance Jio to develop courses on virtual reality.
Patrick 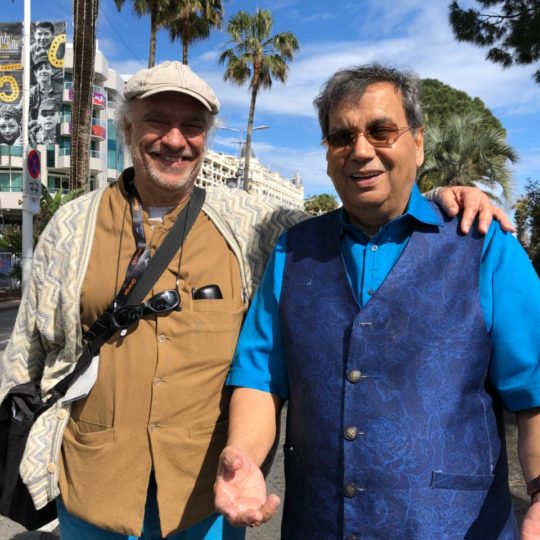