Skip to content
You are here
Home > Featured > Check out the first poster of the super inspiring film “COAT” staring Vivaan Shah and Sanjay Mishra.

Vivaan Shah who was last seen in the movie “Lali ki Shaadi me Laaddoo Deewana” was a major hit and loved by the audience. Now again Vivaan Shah is coming back after a long time with the movie “COAT.” 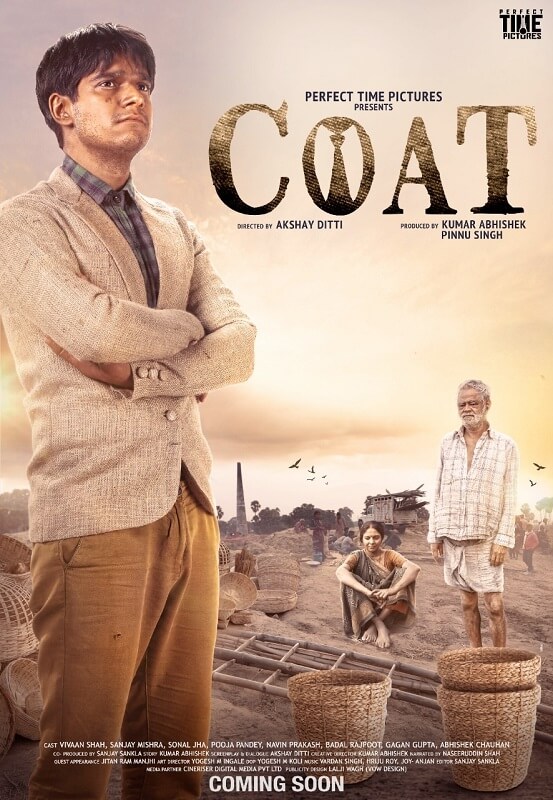 The movie is Narrated by the legendary and an institution of acting Naseeruddin Shah. The story is based on the lower cast(Dalit) boy who struggles and having a wish to wear a COAT.

Vivaan Shah says,” This film ‘COAT’ was a very special film in terms of me being able to stretch my acting abilities and play a character who was completely outside the realm of my experience, and when the Producer Kumar Abhishek and Director Akshay Diti narrated me the story I was very much convinced and said yes to it. It was a lovely and amazing experience working with them and the whole crew.”

Vinod Bhanushali Moves On From T Series After An Eventful 27 Year Stint, To Pursue His Entrepreneurial Journey