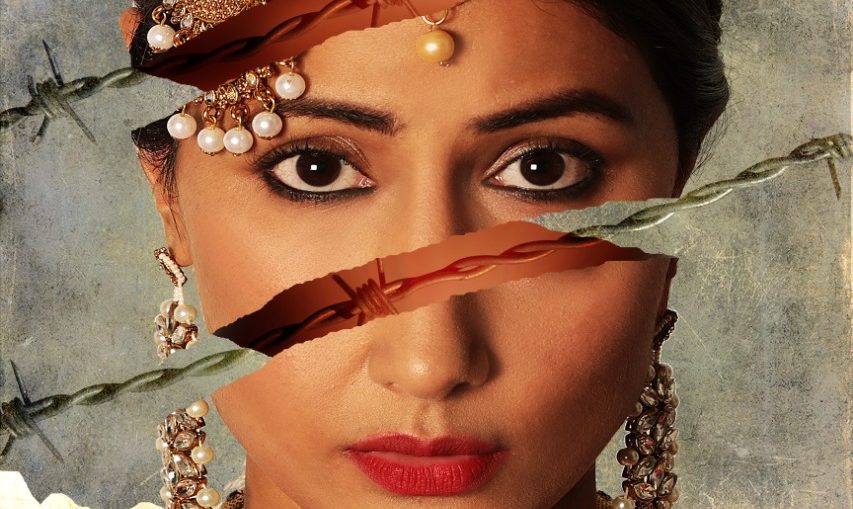 Actress Hina Khan is becoming talk of the town for her scintillating debut at Cannes. Her red carpet pictures are picked up by leading international media channels at a large scale.

Now, that moment has come for which she arrived here. It is the time of her debut film’s poster launch. Team Lines unveiled the first look of their film today. Hina Khan’s fans were waiting eagerly for this moment since her farewell from small screen recently.

The event started with a talk between the director Hussain Khan and actress Hina Khan moderated by Namita Lal at India Pavilion this evening. 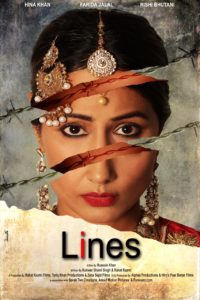 Discussing about the film Lines, the director, Hussain Khan said, “Lines is about that bizarre situation which life inflicts upon those who live on borders, revolving around the story of a husband and wife divided between the lines”.

Hina Khan seemed excited while talking about her experience of shooting near Balakot border in Poonch. She expressed her excitement saying, “People of Kashmir are really good in hospitality and we enjoyed shooting in Kashmir.”

Talking about her character in the film, she further added, “I am playing the role of a very strong village girl named Nazia, who is no less than a man and the film showcases how bravely she deals with the troublesome situations coming across her way.

After the conversation, the writer and producer of the film, Rahat Kazmi, along with other producers Tariq Khan and Zeba Sajid joined on stage with co-producer Jayant Jaiswal. Meanwhile, the team felt the absence of one of the co-producers and actor Ahmer Haider at the event, which he could not meet due to his other commitments.

As soon as the first look of the film was unveiled, the entire hall was thundered by cheering and clapping. It was a great day for the entire team. There were smiles on everybody’s face and most importantly, the response from the audience was remarkably extraordinary.

The film, Lines, is written by Shakti Singh and Rahat Kazmi while legendary Indian actress Farida Jalal is in a very important role in the film and Rishi Bhutani is the male protagonist starring opposite Hina Khan.

Move Over IPL, PPL Is Here!