Skip to content
You are here
Home > Featured > Broken Wings: An inspiration for the youth who struggle and dream to make it big in Darjeeling Hills

Debutant director Shenpenn Khymsar brings to audiences the beautiful love story of a couple, who fight their different backgrounds in Darjeeling

The lockdown months have seen a revolution when it comes to watching interesting cinema and content being portrayed on various platforms. People from smaller towns are coming up with interesting subjects and impress viewers with their treatment of the subject. Darjeeling based Tibetan filmmaker Shenpenn Khymsar has made his directorial debut with a Hindi-Nepali film, ‘Broken Wings’. The film has Vinay Pathak and Sunakshi Grover in the lead roles and it is set in the backdrop of Gorkhaland agitation during 1988 to 1992, ventures on an inter-caste love story.

Broken Wings a story from darjiling 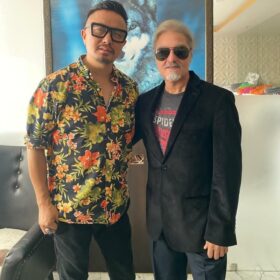 The film which will release next year in 2021 is the first feature film to originate from Darjeeling since India became free and it is a bilingual film – Hindi and Nepali.

Producer, Writer, composer and director, Shenpenn Khymsar who has made the film under the banner of Monk & The Warrior Productions, stated that Darjeeling is an integral part of India where people mostly speak in Nepali, but whenever people hear Nepali, especially the Hindi speaking belt and the Southern audience, they think its from Nepal. “But I want them to know that Nepali in fact is a constitutional language in India.

He asserted that Darjeeling has been a victim of politics.”

The film has an interesting peg and for the first time, it explores a love story between a North-eastern boy and a Marwari girl. With Vinay Pathak playing the lead, Shenpenn feels that he is honoured that such a talented actor agreed to work with a debut director like him.

Khymsar added, “Tea and toy train is not the identity of Darjeeling. It’s just geography. The true essence of Darjeeling is the people and that’s why we want to bring the beautiful hill station and Siliguri under the spotlight with this film.”

Playing the main leads in the movie are

So Watch out for this beautiful film shot in the beautiful locales of Darjeeling for its storyline, performances and direction.

The Intriguing Poster of Cheat India, from the Makers of Tumhari Sulu, Neerja and Raid

Another VICTORY for MUM

Guess who turned nutritionist on the sets of ‘Love Me India’?