Close on the heels of the stupendous success of Nitesh Tiwari’s Chhichhore, National Award-winning makeup and prosthetic character design specialist is coming up with not one, two, but three stunners. And all the three films have taken the film industry imagination by storm.

Yes! We are talking about none other than the three baldie looks of Bollywood, which are the talk of the town for a while now. The wiz behind the looks of Akshay Kumar as Bala in the Farhad Samji-directed Housefull 4, Ayushmann Khurrana in Amar Kaushik’s movie Bala and Sunny Singh in Abhishek Pathak’s Ujda Chaman, is looking designer, Preetisheel Singh.

What has particularly surprised many, is the fact that in spite of all the three looks being of men going bald, Preetisheel has deftly designed them in a way that all of them look ending different on the screen. While Akshay has an imposing mouche to go with the look, Ayushmaan has a receding hairline, and Sunny Singh has a mustache and stubble to match his balding look. 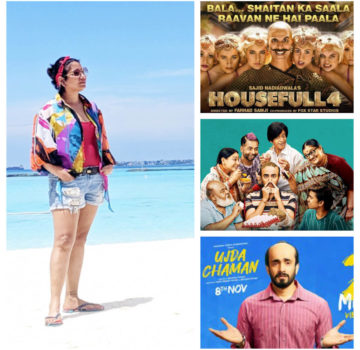 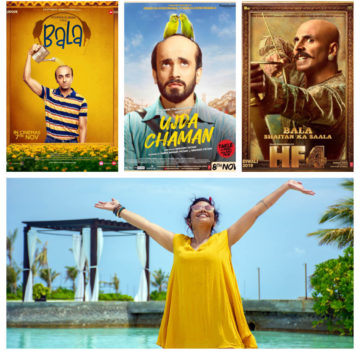 It can be noted here that Preetisheel even received accolades for her transformational look makeovers in movies like Padmaavat, Mom, 102 Not Out, Mulk and Thackeray some time ago.

She is now excited for her forthcoming releases which include an interesting mix of movies like the Nawazuddin Siddiqui-Radhika Apte-starrer Raat Akeli Hai, Kartik Aaryan-Bhumi Pednekar-starrer Pati Patni Aur Woh, Southern superstar Vijay’s next Bigil, Kangana Ranaut-starrers Panga and Dhaakad, and Bhansali Productions’ Tuesdays and Fridays.

What’s more! The talented lady is also preparing to launch the ‘Preetisheel School of Character Design’ at her new sprawling office and workshop of her company ‘Da Makeup Lab’ at Versova, Mumbai.

Prachi Tehlan is all praises for co-actor Tarun Arora

A Band Of Boys release their new single ‘Chhori’ on Times Music!