There are plenty of sequels and franchise films currently in development in Bollywood, however, the second installment to the 2007 hit film – Bhool Bhulaiyaa is undoubtedly the most hotly-anticipated film. The edge-of-the-seat comedy psychological thriller starring Vidya Balan and Akshay Kumar had left the audience wanting for more, and ever since, film aficionados have been waiting for a second installment of the film.

The wait is finally over, courtesy movie mogul – Bhushan Kumar, who had first introduced the genre of comedy-psychological thriller to Bollywood with Bhool Bhulaiyaa.

After much speculation, Bhushan Kumar has finally confirmed that he is making Bhool Bhulaiyaa 2 under his banner T-Series and Murad Khetani’s Cine 1 studios and has even roped in Bollywood heartthrob Kartik Aaryan as the main protagonists of the film. 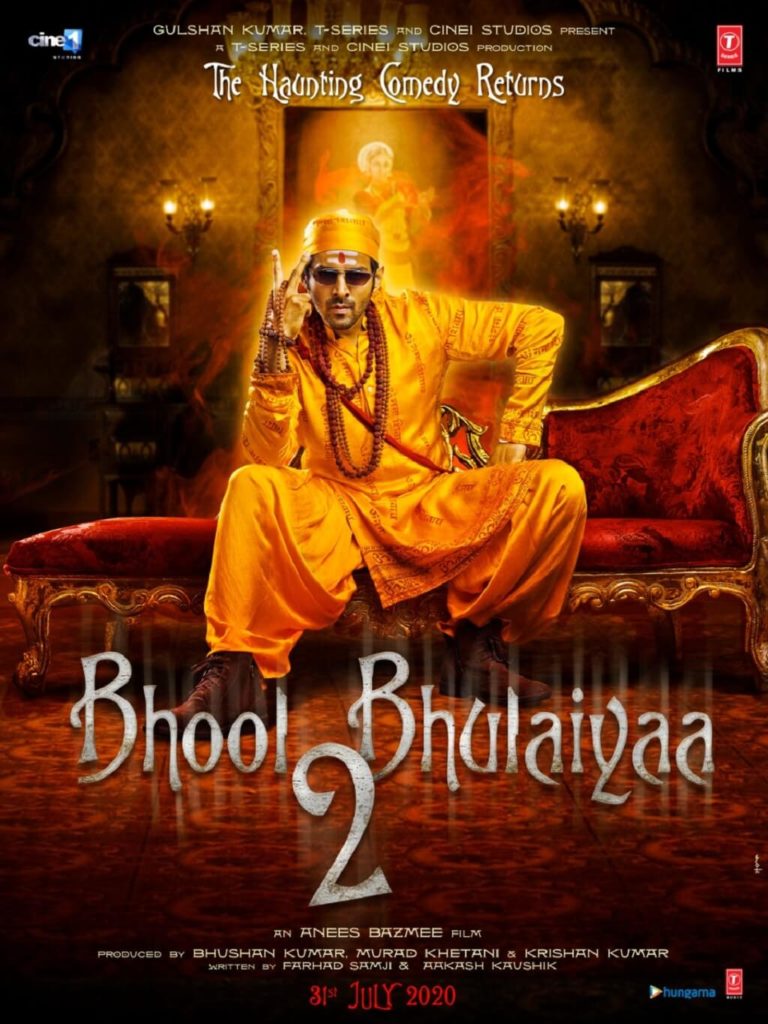 Confirming the development, Bhushan Kumar said, “While the audience has been waiting for the second installment to Bhool Bhulaiyaa, even I was eagerly waiting to make one for the longest time. However, we wanted to lock in the right script, one which was equally engaging and enticing as the first one. Finally, after a long wait of 11 years, Murad Bhai came to me with a script, which I felt was worthy of taking Bhool Bhulaiyaa forward as a franchise. I am thrilled to announce Bhool Bhulaiyaa 2 in association with Murad Bhai, together with whom we delivered the box-office hit Kabir Singh. The project will be helmed by Anees Bhai.”

Sharing Bhushan Kumar’s excitement, Murad Khetani said, “I am excited to collaborate with Bhushan Kumar and T-Series after our hugely successful Kabir Singh. I remember when Bhool Bhulaiyaa was released, it had created a crazy buzz. With Bhool Bhulaiyaa 2 we are hoping to once again create a similar impact. We have roped in the extremely talented Kartik Aaryan for the lead role and Anees Bhai, with whom I worked with last in Mubarakan, will be directing the film. We can’t wait for the film to start rolling.”

Kartik Aaryan, who is collaborating for the third time with T-Series is equally excited about being a part of Bhool Bhulaiyaa 2. First, one being the hugely successful box office hit – Sonu Ke Titu Ki Sweety, Kartik is presently shooting for their second association – Pati Patni Aur Woh and now there is Bhool Bhulaiyaa 2. Speaking about it, an excited Kartik said, “I’m excited to collaborate with Bhushanji for the third time. Bhool Bhulaiyaa has always been one of my favorite comedy- supernatural thriller film and now being part of BB2 makes me really happy, especially because I’ve been a big fan of Akshay Kumar sir and it’s a great responsibility to take his Bhool Bhulaiyaa franchise forward. It’s a hilarious script and Anees sir has taken it on another level. I’m also looking forward to working with Murad Bhai.”

Film’s director Anees Bazmee is also thrilled to once again associate with Bhushan Kumar and Murad Khetani. He has worked with them on different occasions in the past. “I am excited to once again work with Bhushanji and Murad Bhai. Having worked with them on separate projects in the past I’m now looking forward to collaborating with them on Bhool Bhulaiyaa 2. I am also excited to work with Kartik. He is a very talented actor and has a great part in the film.”

Bhool Bhulaiyaa 2 is produced by Bhushan Kumar, Murad Khetani and Krishan Kumar under the banner of T-Series and Cine 1 studios. Directed by Anees Bazmee and starring Kartik Aaryan, the film is written by Farhad Samji and Aakash Kaushik. Bhool Bhulaiyaa 2 is scheduled to hit the screens on July 31, 2020.

Meet Sangeeta Sikdar Bhatia – The woman who has given many big names to Bollywood like Disha Patani and Nora Fatehi.

STATEMENT FROM POOJA ENTERTAINMENT ON BELLBOTTOM