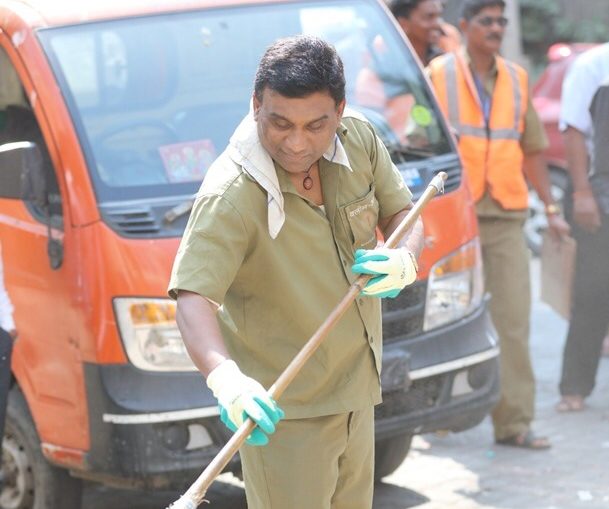 A man is born with his destiny in the world. Many say that we are all driven by our destiny. If something good happens to us we immediately thank our destiny and our stars for it. On the other hand, if something unfavourable happens, we tend to curse our destiny.

Truth be told, we are the masters of our own destiny. Based on the concept of destiny, a new Marathi film is all set to hit the screens soon.

The film features the multi-talented Bhau Kadam in the role of a sanitation worker and is seen hefting a broom with swag on the glitzy poster.

Bhau’s portrayal in the film is being greatly appreciated by the people who have watched it. On the festive occasion of Diwali, inspired by his reel life character, Bhau was seen spreading the message of cleanliness by sweeping the streets littered with the remnants of fire-crackers. Bhau, along with the team of Nashibvaan, joined sanitation workers in cleaning the streets of Bandra and in the process set a very responsible example. The team’s heart-felt effort was applauded by the people. 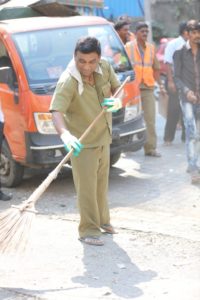 Based on Uday Prakash’s story ‘Dilli Ki Deewar’, Nashibvaan is all set to release in the New Year, on January 11, 2019. Besides Bhau, the film features Mitali Jagtap Varadkar and Neha Joshi in key roles. The film is produced by Amit Naresh Patil, Vinod Manohar Gaikwad and Mahendra Gangadhar Patil, with Prashant Vijay Mayekar and Abhishek Ashok Renuse as co-producers.

Virat Kohli is binging on chips