Skip to content
You are here
Home > Featured > Bharat is thematic unity that binds the film together – Director Kangana Ranaut!

I wanted something which could sum up Rani Lakshmi Bai’s life – Kangana Ranaut on Directing Manikarnika’s Bharat.

Recently, as of now there’ve been some songs about India that have made the entire nation very sentimental by resonating a sense of deep rooted patriotism and have made our country swell with pride. 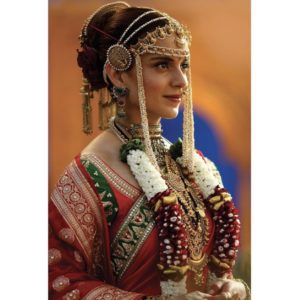 Bharat song from Manikarnika which would be released and unveiled today by the makers, definitely is set to evoking a sense of nationalism among the audience.

Bonafide and ace lyricist Prasoon Joshi who has penned and written the melodious lyrics for the film reveals, “Bharat resides within me. This particular song has been simmering and humming in consciousness for a long time and needed the right trigger to pour out. And Manikarnika was just that. The song wrote itself and I am sure my feelings will resonate with many who feel same way about their country”.

National award winning actor Kangana Ranaut who is turning a new leaf with her debut innings as a director through Manikarnika said, “When Prasoon sir was writing, I wanted something which could sum up Rani Lakshmi Bai’s life. The song is actually mirroring her thought process as a young woman and kind of environment she was brought up in, summing up her feel, her psyche and her life. What Prasoon sir did is extraordinary and the song is the thematic unity that binds the film together. Bharat is the soul of the film”.

Also Shariq Patel, CEO, Zee Studios, added, “Bharat is a song that captures the essence of our film, Manikarnika. Every Indian will connect to the song and it will leave a lasting impression with the audience”.

Lastly Producer Kamal Jain shared, “Its an honour to work with Prasoon sir and Shankar- -Ehsaan-Loy have done a phenomenal job with the music.

Produced by Zee Studios in association with Kamal Jain, Manikarnika : The Queen of Jhansi hits the silver screens on 25th January 2019 simultaneously in Hindi, Tamil and Telugu languages.