Skip to content
You are here
Home > Featured > “Bagpat Ka Dulha” is coming to make you laugh! 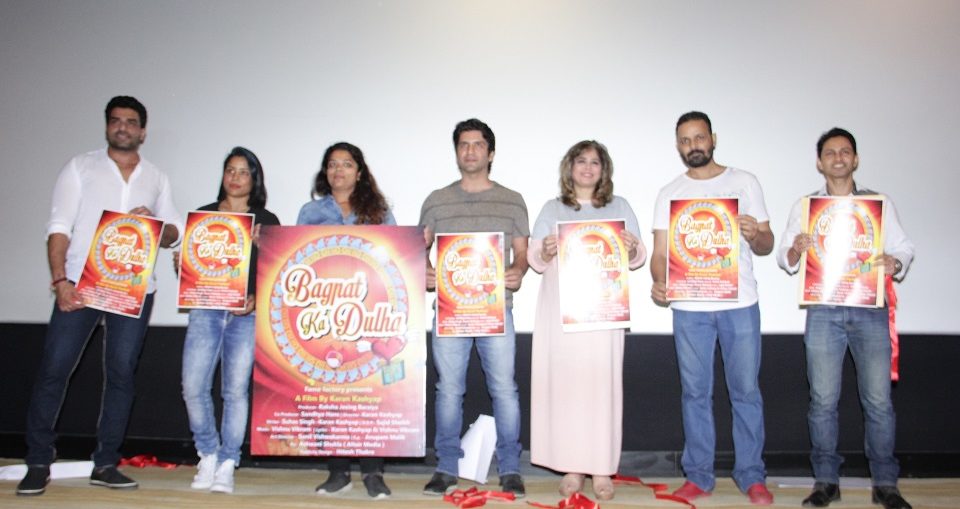 These days, stories of rural surroundings are being liked very much in Hindi films. Based on the western Uttar Pradesh and Haryana, films like Zero, Badhai Ho, Stree, Mulk, Sultan and Dangal are appreciated by the audience. Once again, based on the story of Bagpat, Western UP, Bagpat Ka Dulha’s muhurat had been performed in Mumbai. The film is a comedy genre. 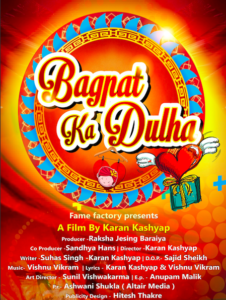 Under the banner of the Fame Factory, Bagpat ka dulha is a comedy film in which the audience will see romance and drama together with Western Uttar Pradesh’s language and local art. The film’s muhurat  and teaser poster was launched in Mumbai .On this occasion, the main cast of the film, Jae Sing, Amita Nangia, Puneet Vashistha, Producer Raksha Baria, director Karan Kashyap, co-producer Sandhya Hans, writer Suhas Singh, cameraman Sajid Shaikh, musician Vishnu Vikram were present.

Bagpat ka dulha is a comedy film. This is the debut film for actor Jae Sing  Amita Nangia,  Lalit Parimoo, Raza Murad, Puneet Vasudha will also be seen in the main cast. The story of Bagpat ka dulha is very entertaining and it is going to give a lot of attention to comedy events. In the film the marriage of Shiv Shukla and Anjali is decided but the most important thing is that no one wants them to get married, even Shiv and Anjali do not even want to get married. This romantic comedy has a lot of confusion. Will they two get married even without their consent. This will be quite interesting to watch after all the confusion and comedy what happened to Shiv and Anjali’s marriage. The first schedule of the movie will be shot in April in many cities of Uttar Pradesh, which will also include beautiful places of Prayagraj along with Bagpat. The second schedule will be completed in Mumbai along with the natural beauty of Shillong (Meghalaya).

On the teaser launch of the film, the producer Raksha Baria quoted, “I am very much into film seminar, film festival and making. When Karan came up with the story of the film, I liked the story as it has essence of humor and the selection of Jae sing as Dulha is very much appropriate that I decided to produce the film. I believe Bagpat ka dulha will be successful in giving the enough dose of humor to the audience.