Whenever art director Nitin Desai and maverick director Ashutosh Gowariker have come together they have created magic on the celluloid. The talented duo had stunned the audience with the mesmerising recreation of the Agra Fort in Gowariker’s Jodhaa Akbar and now they are all set to charm us yet again by constructing the magestic Shaniwar Wada for Panipat.

The Peshwa’s historical Shaniwar Wada is of great importance to the story of Panipat and hence the duo have taken up the task to recreate the splendor of the wada at N.D Studios. The wada will be built in the actual scale and grandeur of the real Shaniwar Wada. 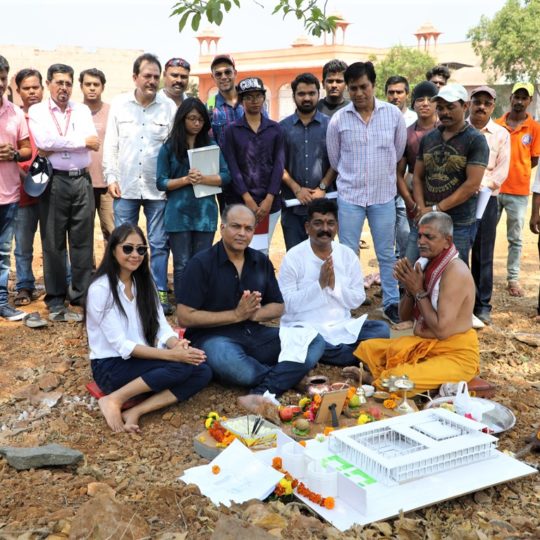 The bricks for the massive structure have been laid on the auspicious day of Akshay Tritiya and the construction for the Wada began with a pooja on Wednesday morning by Ashutosh Gowariker, Sunita Gowariker and Nitin Desai along with crew members.

“I am excited to work with Ashutosh Gowariker again after Jodhaa Akbar. The battle of Panipat is one of the most important chapter of our history and I am glad to be a part of this project. Shaniwar Wada was a stunning place and I am excited to recreate this magnificent structure for the film.”

The film is based on the Third Battle of Panipat, which is one of the most epic battles in the history of India that took place on 14 January 1761 at Panipat. The battle was fought between the northern expeditionary force of the Maratha Empire and invading forces of the King of Afghanistan, Ahmad Shah Abdali, supported by two Indian allies—the Rohilla Afghans of the Doab, and Shuja-ud-Daula, the Nawab of Awadh. 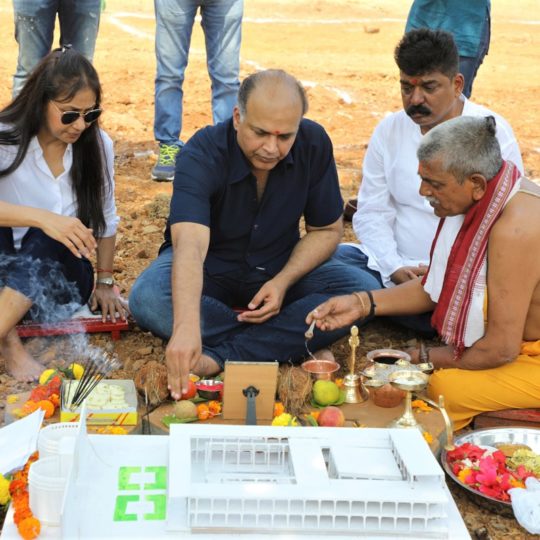 The action-packed period drama is produced by Sunita Gowariker and Rohit Shelatkar’s company – Vision World. The film is poised to release on December 6, 2019.