Alone we can do so little, together we can do so much – this maxim perhaps best describes the ‘Bellbottom’ journey from start to finish. A schedule that began as an impossibility has culminated into a storybook ending that has put the Hindi film industry right on the global map.

“It’s teamwork and I am grateful to each and every member of the cast and crew from the spot dadas to the light dadas to the technicians to the make-up dadas to my lovely heroines Vaani, Lara, Huma, my director Ranjit and to Vashuji and the production team who believed in our audacious plan. The new normal has made us realise a different way of working that none of us could have imagined. I hope this encourages film industries globally to do what they do best and start entertaining audiences again. I hope our shoot during the pandemic reassures others that keeping all safety in mind it’s time to get things moving again.” says Akshay Kumar as the film completed its start-to-finish schedule making it the first film in the world to do so.

The film finds itself in the company of a handful of international, mega-budget films that got back on the floors during the pandemic such as Tom Cruise’s Mission: Impossible 7 and Jurassic Park: Dominion, managing to shoot in an unprecedented environment. In the process, Bellbottom has become the first of these films to complete shooting the entire film. 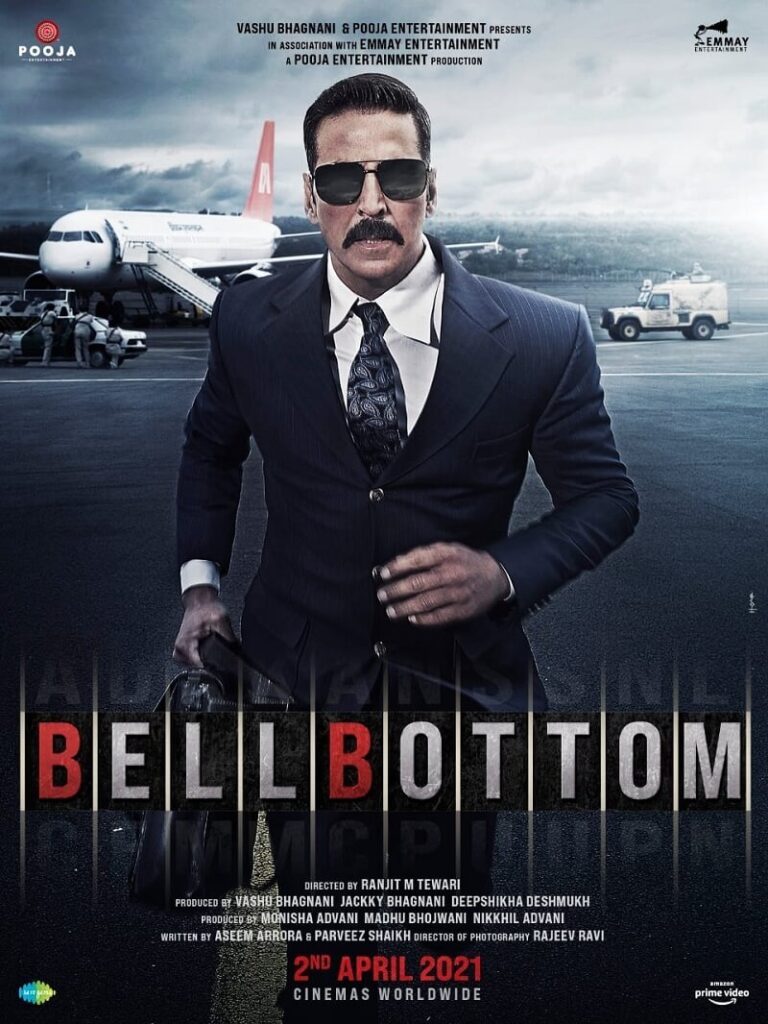 For Pooja Entertainment, ‘Bellbottom’ has been the most challenging production in recent times. For the producers, it meant managing a stringent health protocol for a massive 200-plus Indian contingent and a 24×7 production crew ensuring the production proceeded seamlessly. The film’s shoot not only got the artists back on the sets but also industry professionals involved in the process of filmmaking. BellBottom resuming shoot has set a precedent for the global film industry and been a step forward in normalising the current working situation in Bollywood.

“We are immensely grateful to the entire unit for trusting us to keep them safe. We feel blessed that we had the right energy on the sets at all times which is honestly the reason why everything came together so beautifully,” adds Jackky Bhagnani

Vaani Kapoor says, “This was easily among the smoothest productions that I have been a part of. I was concerned about how it was going to play out, given the fear and health concerns but I must thank and congratulate Pooja Entertainment for the fantastic planning and the attention to detail. I hope this gives encouragement and confidence to other people back home to shoot.”

Producer Deepshikha Deshmukh has only sentiment to share – gratitude. “I am really grateful that we could complete the shoot. The health and safety of every one were of utmost importance and we ensured that everything was in order. It was an extremely humbling and grateful experience when all the dadas from various departments would come up to you and thank you for bringing them back to work. This couldn’t have been possible without Akshay sir and Dad. All credit goes to them.”

For the captain of the ship, director Ranjit M Tewari, ‘Bellbottom’ has been an experience he would like to savour a little longer. “I’ve been blessed with a great cast and crew! Akshay sir, Vashuji, Vani, Lara, Jackky and every technician has worked tirelessly to support the film. It was great teamwork.”

This video shared by Divya Dutta on Mother’s Day will make you want to hug your mom!