The National Awardee Bengali superstar Rituparna Sengupta is the talk of the town as she has been busy with back-to-back films. She has been constantly juggling between Bengali films in Kolkata and Bollywood in Mumbai. Recently she was in Los Angeles for some work and was invited by Priyanka Chopra’s mother Madhu Chopra to her dreamy abode in LA. She is also doing a film under Priyanka Chopra’s production and the shoot will start in 2023.

On her social media platform, Rituparna Sengupta posted photos with Madhu Chopra and Nick Jonas thanking them for their great hospitality while Priyanka Chopra’s mother Madhu Chopra posted on Instagram thanking Rituparna for the token of love she sent to her. 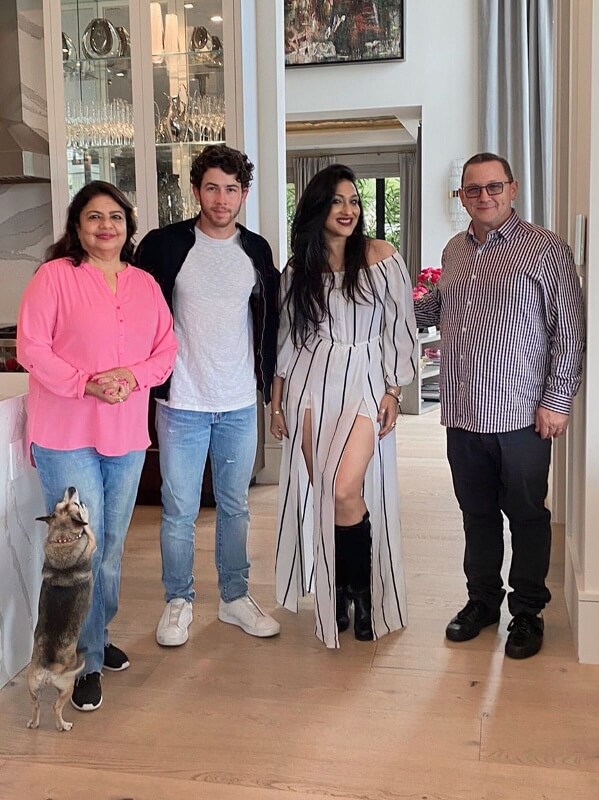 Talking about the same, Rituparna said, “Madhu Aunty loves me a lot and when I was in LA, she invited me to visit her and Priyanka and Nick Jonas’s surreal home there. It was a lovely intimate get-together and I loved the time we spent together for high tea and a lot of lovely conversations. I also met Nick Jonas and his family except for Priyanka as she was visiting India at the time for work. It’s always amazing when we catch up together.”

She also added, “Madhu Aunty is such a sweetheart and sent me a heart-touching note with the beautiful candle’s photo when she received the gift from me as a token of love.”

Rituparna also shared this on her social media platform, saying “Thank you aunty for sending this lovely picture of the candle a little gift from me, and sending a beautiful note. “Thank you for this gift. Lovely aroma and presence in our home.” It was a pleasure to see you in LA a few days back, thanks for all your hospitality. It was lovely to meet you and the Jonas family. Missed Priyanka royally as she was traveling. The house looks like a dream. Made some beautiful memories, and lots of love. Aunty, you’re a sweetheart.”

Actor Rituparna Sengupta who has been recently honored with Bengal’s Highest Civilian Award from the Chief Minister of West Bengal, Mamta Banerjee & seen in Partho Ghosh’s thriller ‘Teesra Kaun’, opposite Chunkey Pandey and ‘Belashuru’ along with late great actor Soumitra Chatterjee, has also a lot on her plate and all set to come with her upcoming films. Her recent Hindi feature film, ‘Ittar’ by Veena Bakshi, opposite Deepak Tijori is completed, along with another Hindi feature film opposite Arbaaz Khan, named ‘Kal Trighori’ is also on it’s way to release. She is coming with a Bengali edgy love story film ‘Salt’ opposite Chandan Roy Sanyal as well. She also recently releasing her Bengali film ‘Mahishasur Marddini’ this Friday on 25th November, with Parambrata Chattopadhyay and Saswata Chatterjee, followed by Kabir Lal’s film ‘Antar Drishti’ with Riteish Deshmukh. She has not only a set of all these releases in her pipeline, in a row of her releases, she is also releasing a Bengali film by Samrat Sharma, opposite of Prosenjit Chatterjee, named ‘Prosenjit Weds Rituparna’.