Skip to content
You are here
Home > Featured > The Bigg Boss 11 cool guy ACASH is out and set to fulfill his dream of fun, happening and Modern India! 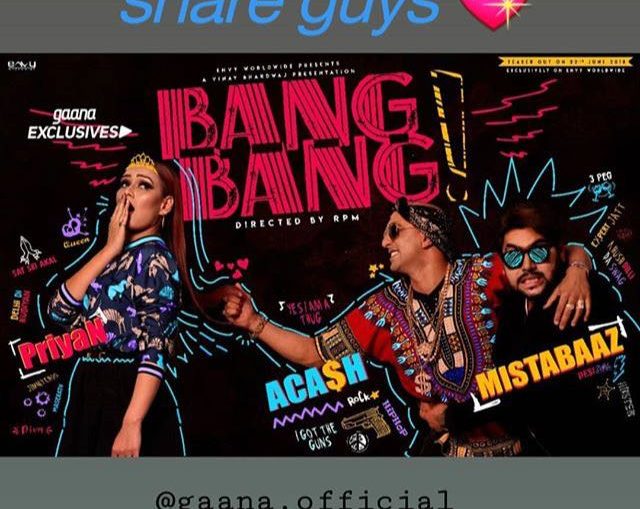 On rising to utmost fame after Bigg Boss 11, Akash Dadlani’s fame has just not stopped soaring higher. Popularly known  as ‘ACASH’ by the world, the 25 year old  had marvelled us all by his outstanding skills as a Rapper. He is a dedicated and self-made artist and does not lack in providing his fans pure magical entertainment. He always looked up to his single mother and strived to make her proud. Whatever he decided, he made it happen. Everything what ACASH did was the absolute best as he always put his 100% energy to the task. No wonder he was America’s youngest Tennis player! Just 15 years old when the rest were 20! 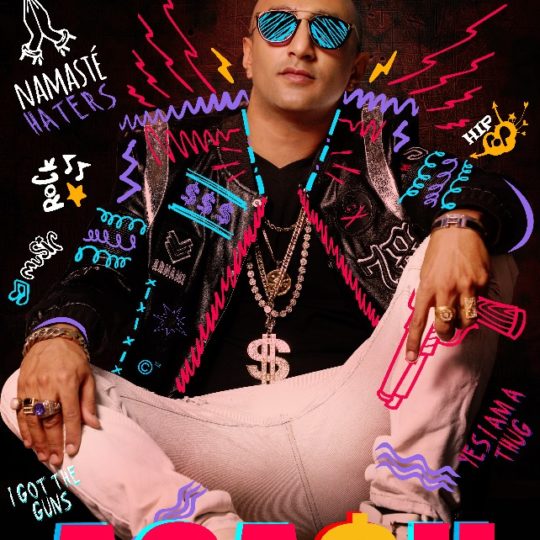 Young and utterly talented as he is,  he is back with the best of news for all his fans. Yes!  The launch of his new music video.  Although there is an element of surprise witheld, the song is quite constructively based on the theme of modern India. ACASH has not left any tables unturned to bring out the best in this upcoming number.  And what more, ACASH is super duper excited about his new project along with Mistabaaz and Priyan. He claims that the video is going to be the combination of the best Rap and amazingly fun elements. “I am a proud Indian, I want to see my country succeed and I want to make my India modern, fun, crazy, cool and happening”, says ACASH when asked about his euphoria on his new venture. Such a sweet thought! To top it all, ACASH chose the famous Hit Machine of Punjab,  Mista Baaz, who has recently given hits with over 265 million views on youtube! It has indeed resulted in a deadly combo of success along with gorgeous Priyan to fill the Lady Luck for Bang Bang.  The song is shot extensively with 500 plus juniors and 50dancers crew along with Stuntmen and adventure sport showcased in video. 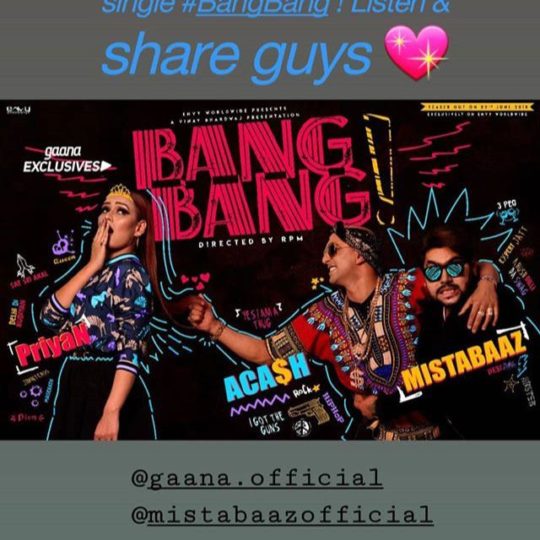 350f5242-84de-449e-816f-ca0faff09011
ACASH is really a very humble person and happily gives all the credit to BIGG BOSS for being his launcher for his career. He says that he is very thankful to BIGG BOSS and is the successful person, standing here today majorly because of the great show. Thank you BIGG BOSS. We wish him all the best for his new song and we all know that he is going to rock it big time!  Please check out the poster which will be released on 14th of June, 2018. The official teaser will be out on the 22nd of June and the Video will finally be launched on the 4th of July. Stay tuned! 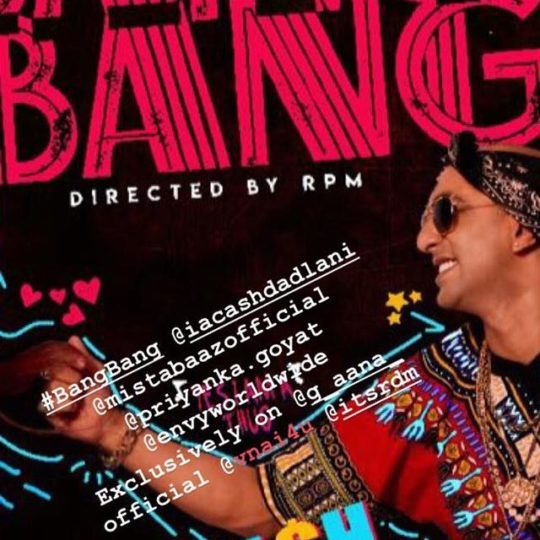 Salman & Sohail At the Biggest Promotional Event Of Tubelight