Skip to content
You are here
Home > Featured > Trailer- Naseeruddin Shah and Sonali Kulkarni’s Hope Aur Hum! Is quite intriguing

The trailer for Naseeruddin Shah’s next film, Hope Aur Hum, has just been released. The cast of the film includes an incredible array of talent including Naseeruddin Shah, Sonali Kulkarni, Naveen Kasturia, Aamir Bashir, Kabir Sajid and Virti Vighani. The film has been written and directed by Sudip Bandyopadhyay and produced by Samira Bandyopadhyay. 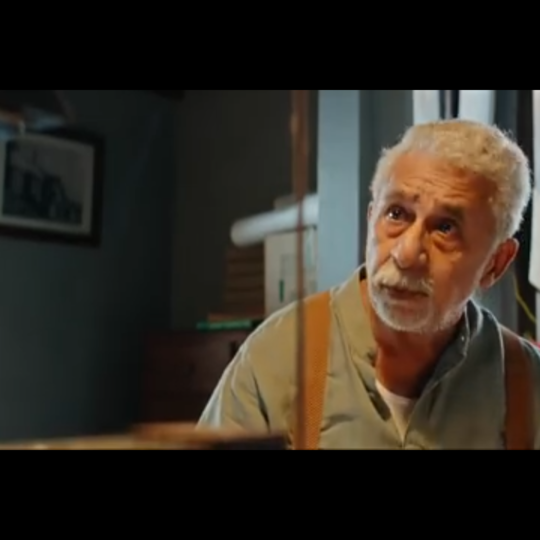 The story is a reminiscent tale of a family in Mumbai whose lives are explored through an endearing cinematic journey. The plot revolves around the Srivastava family whose lives are affected by the senior most member of the family, Nagesh (Naseeruddin Shah) whose obsession with his traditional copying machine, called Mr. Soennecken, starts to take a toll on the relationship of the entire family. It’s a simple story of human emotions explored through the intertwined lives of each family member. With the family revolting against Nagesh’s old ways, the film tells the tale of the transition between the old and the new, explored through the ideas and idles of three different generations.

Hope Aur Hum, produced by Thumbnail Pictures in association with PVR Cinemas, will release across cinemas on 11th May 2018.

Here’s the link to the trailer –

Makers of Manikarnika asked Kangana to take over: when producers saw the rough cut they were upset with krish’