Skip to content
You are here
Home > Featured > 10 REASONS TO WATCH 2.0 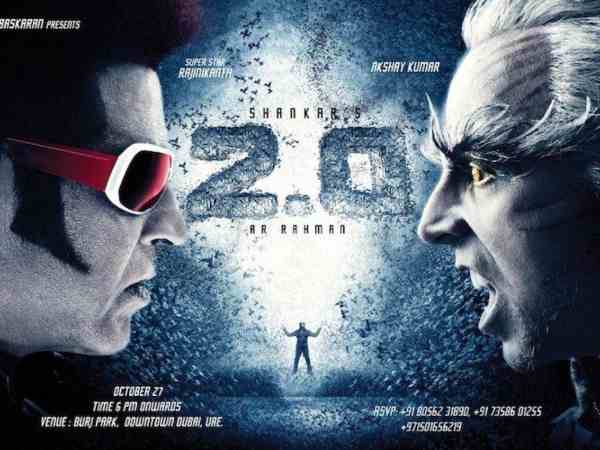 1. It is socially relevant:
Not only is it a thriller and entertainer; 2.0 is also a social commentary on our over-dependence on technology and how we as a race are heading towards a colossal disaster. The film deals with the effects of cellphone radiation on the environment. Since most children and adolescents rely heavily on gadgets today, 2.0 does a splendid job in alerting us about the fact that the biggest epidemic today is none other than our cellphones.

2. It will take you on an exciting 3D ride:
In what is touted to be a first in the history of Indian cinema, more than 80% of the film has been shot with Native 3D digital cameras. This has been done to give the audience a near life experience and wholesome 3D experience. Also, several international VFX studios have collaborated to help bring the director’s vision to reality. ‘2.0’ is the biggest and most visually spectacular movie India has ever produced. 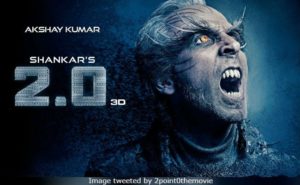 3. It is packed with powerhouse performances:
‘2.0’ starring two giants of Indian cinema, Rajinikanth and Akshay Kumar will not disappoint you! While Rajnikanth reprises the role of the brilliant scientist and innovator Vaseekaran; Rajnikanth essays 3 other characters. The smart, efficient and powerful robot Chitti also makes a comback and Rajnikanth portrays the dual roles of good and evil Chitti. Akshay Kumar, the Bollywood megstar nails the emotional angle developing the connect with his character Pakshi Karan.  There’s a lot for both Rajinikanth & Akshay Kumar fans.

4. It is the most ambitious and expensive film ever made in Hindi cinema:
India’s costliest film has finally hit the screens after years of struggle and hard work. 2.0 is a film worth 550 crores and has taken nearly two years and numerous deadlines to finally see this stage. Every minute of this film costs over 3 and a half crores. 2.0 is an effort unlimited of more than 3,000 technicians around the world. 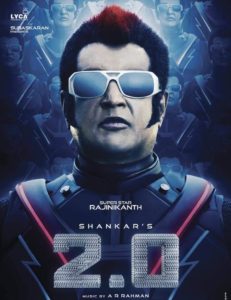 5.2.0 is a cinematic marvel:
Director Shankar has unfettered visual imagination and unconventional thinking. He has left no stone unturned to bring his vision to reality. Shankar has shattered the bar catapulting to levels no one can reach anytime soon now. While the film is a brilliant marriage of technology, art and storytelling..

6. 2.0 is a VFX Wonder:
It is India’s first 75+ million Dollar VFX wonder and it is one of the most complex visual effects films ever made in India. The project also involved 20 VFX studios, five animation studios and approximately 2,400 VFX shots with 1,000 VFX artistes to help bring the directors vision to reality The films has almost 2400 visual effects shots out of which 1200 shots have high level complexity.

The film is an elaborate execution of a battle between Nature and Technology. There is an epic face-off between superstar Rajnikanth and Akshay Kumar and you don’t want to miss that! The dichotomy of good and evil forms the central conflict in the movie. When the fifth force evolves into a force beyond limits, a superpower must reboot in order to combat this force that is ready to destroy mankind. 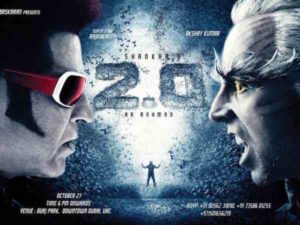 9. The last 30 minutes will win your heart:
The film pushes the limits of imagination, leaving no stone unturned. It surprises the viewer in a blood thumping climax that will give an adrenaline rush to every viewer. Everything happening on screen is much larger than life.

10. The film’s action sequences will blow your mind:
The action sequences raise the bar with Shankar’s vivid imagination and what’s achievable with visual effects. To ensure that the action sequences were at par with international films, the makers roped in action directors Kenny Bates (Pearl Harbor, Transformers : Dark of the Moon), Nick Powell (The Bourne Identity’,‘X-Men’, Gladiator and The Last Samurai) and Steve Griffin (Mad Max: Fury Road and Inception) from Hollywood and popular Tamil stunt director, Silva.

After holidaying with Virat Kohli, Anushka Sharma is back to business